Take no prisoners in war on herbicide resistance genes

THE only way to avoid herbicide resistance indefinitely is to drive resistance genes to extinction within a field or farm, according to University of Western Australia head of the School of Agricultural and Resource Economics, Professor David Pannell. 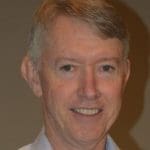 Speaking at the Australian Agricultural and Resource Economics Society (AARES) conference in Brisbane, Professor Pannell said eliminating resistant genes was the ultimate answer to conquering herbicide resistance, but unfortunately it was only possible in certain cases.

“It is only possible if the genes are rare enough and if you undertake very effective follow up control following the introduction of herbicides,” he said.

“You kill the weeds with one herbicide, then you come in a while later and kill what’s left with something else so you mop up the resistant genes that made it through the first one.”

“With most resistance to selective herbicides, the natural frequency of resistance genes in the population is about one in a million weeds. That is too frequent for extinction to be realistic in most cases,” he said.

“But in the case of glyphosate, it is about one in a billion which means that it is rare enough for extinction in the field to be feasible if you are very effective with follow up control.”

Professor Pannell said most of the resistance that occurred on a farm was the result of management actions contained within the farm.

“There is a bit of spreading, but mostly farmers ‘own’ their own resistance problem,” he said.

“In most cases, the strategies that farmers use are not preventing resistance forever, they are merely delaying the inevitable.”

Professor Pannell said a diversity of control measures was needed to deal with herbicide resistance because there was no simple solution for overcoming it, particularly with such resilient plants such as ryegrass. 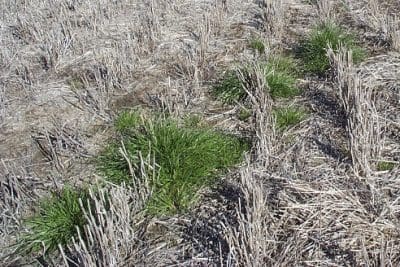 “Ryegrass is so good it will evolve resistance to any control measure, including physical and mechanical ones. If we just rely on capturing weed seeds as our only measure, ryegrass will evolve to counter that, such as growing flat to the ground so the seeds can’t be captured,” he said.

Professor Pannell said there were no ‘silver bullet’ alternative chemicals on the horizon that offered a ‘quick fix’ to the problem.

“A survey in 2000 showed farmers were optimistic about new types of herbicides becoming available that they would swap to. But at that time there had been no new herbicide groups released for quite a while and there has been none released since 2000 – and there is no reason to expect there are any in the pipeline now. Even if there was one, the weeds would develop resistance to it anyway,” he said.

Looking to the future, Professor Pannell said one of the greatest threats was the emergence of resistance to the important agricultural chemical, glyphosate, which underpinned no-till cropping systems.

However, he said no-till systems had so many advantages, Australian farmers would find other ways to maintain them if glyphosate was lost.

“My prediction is that, unlike in the United States, our farmers will stick with zero-tillage even without glyphosate. They will find ways to do it through other, non-herbicide methods,” he said.

Key points on the economics of resistance: