WESTERN Australian growers need to target herbicide and other control tactics to the correct weed species in both cropped and remnant areas this summer to benefit 2017 crops. 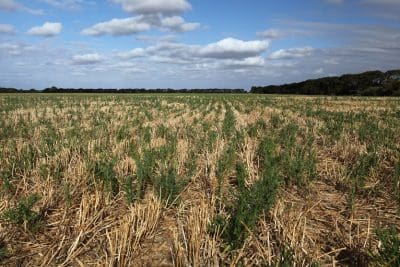 Good summer weed control in paddocks, as well as along fence lines, can help to reduce weed spread and preserve valuable stored soil moisture and nutrients left over from this year’s growing season and from any out-of-season rainfall that may occur in the next few months.

GRDC-funded surveys carried out along fence lines and roadsides across the Western Australian grain belt in 2014-15 and 2015-16 found there was variability in the prevalence of summer weed species between years in some parts of WA.

But the most common species found in both years of the surveys were:

The surveys also indicated that feathertop Rhodes grass, or FTR (Chloris virgata), is emerging as another common and costly WA summer weed.

Some summer weed species (such as windmill grass and FTR) are not well suited to harvest weed seed control (HWSC), are not highly competitive and tend to become prolific in areas such as roadsides and fence lines.

These remnant areas are the main target of the GRDC-funded weeds survey project, which will continue during the 2016-17 summer and is being carried out nationally. 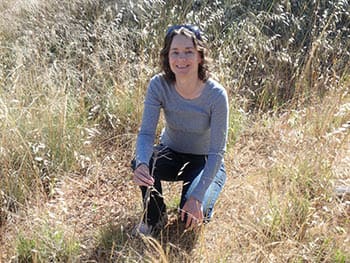 They will sample at sites about every 10 kilometers along major grainbelt roads and fence lines.

From February to April 2017 they will also collect weed seed samples for herbicide resistance testing later this year.

This will be for the species sowthistle (Sonchus oleraceus), fleabane, tarvine (Boerhavia diffusa) and button grass (Gymnoschoenus sphaerocephalus), which will be collected from all of the State’s agronomic regions.

Findings from the 2016-17 survey will help to inform growers about major weed issues and provide direction for GRDC’s future research into emerging weed species.

Further results from the project to date will be available in a submitted paper to the 2017 GRDC Grains Research Updates, scheduled to be held on February 27-28 at Crown Perth. Registrations for this event can be made by following this link.

The most common weeds found in the northern agricultural region in the two years were:

But Dr Borger says couch grass (Cynodon dactylon) was common in 2015 and mullamulla (Ptilotus polystachyus) was more prevalent in 2016.

In the central agricultural region, she says the most common weed species in both years were:

But Dr Borger says fleabane was common in 2015 and roly poly (Salsola australis) was more prevalent in 2016.

In the southern agricultural region, the common weeds for both years were: 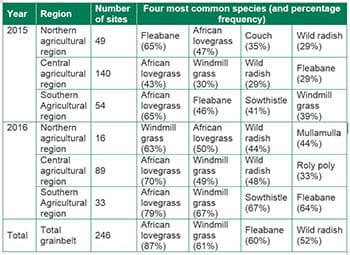 Table 1: The number of survey sites in each agricultural region in each year, or number of sites over the entire grain belt, and the frequency of the four most common weed species in each region. Source: Dr Catherine Borger, DAFWA

The two years of surveys identified 91 different weed species, of which 72 species had an incidence of more than 1 per cent.

In 2015, most summer weed species, regardless of frequency, were at low densities at each site and only six species were found at high densities at any site.

Dr Borger said this was a function of higher rainfall in December and January 2016 in all agricultural regions, compared to 2015.

She said the past two surveys indicated wild radish was being increasingly seen in summer, as well as winter, cementing its position as one of the most problematic weed species to control in this State.

“We are finding it doesn’t produce as much seed in summer as it does in winter, but it is clearly important to control wild radish all year-round,” she said.

This project is also showing that incidence of FTR is increasing in WA in summer months, particularly along roadsides in the central grain belt.

Australian Glyphosate Sustainability Working Group (AGSWG) chairman Dr Chris Preston, based at the University of Adelaide, said some of the common summer weeds found in WA had a level of natural tolerance of glyphosate.

He said populations had also been identified that were resistant to robust rates of glyphosate, even when applied to small and actively growing plants.

This meant herbicides would continue to have a role in combatting summer weeds, but applications needed to be well targeted to species present, well-timed and any weed survivors removed.

It is recommended that glyphosate is not used in isolation on roadsides or along fence lines, but that herbicide mode-of-action (MOA) groups are rotated between years and practices such as slashing, pasture-topping and hay-making are adopted (where practical) to prevent seed set as part of a whole-year integrated weed management (IWM) plan.

For wild radish, research has found 2.5pc of seed can remain dormant for more than six years, so it is vital that no additional seed enters the seed bank.

But applying herbicides to wild radish populations in summer as well as winter runs the risk of exacerbating evolution of resistance.

Tips and tactics for summer weed control in non-cropped areas

Dr Borger said most of the summer weeds recorded in the WA surveys to date had the capacity to invade cropping regions, but results clearly showed that infestation levels would depend on timing and frequency of summer rainfall.

Research by Mohammad Amjad and Abul Hashem through this project has highlighted that where fleabane, FTR and windmill grass are prolific, a double-knock herbicide application can be the most effective control method.

Dr Amjad said, depending on species, this could involve the use of full label rates of glyphosate, paraquat, phenoxy or Group A herbicides as first or second sprays and then rotating MOA.

It is recommended to seek advice about herbicide use, rates and timing for specific summer weeds that are present in each region of the State.