Technology and data revolution challenges the role of farm advisers

INCREASED competition, industry consolidation and the rising adoption of technology could spell the end to the traditional way the agronomic consulting industry goes about its business.

That was the challenging message Australian Farm Institute executive director and Australian Competition and Consumer Commission commissioner, Mick Keogh, put to more than 300 agronomists and researchers at the 18th Australian Agronomy Conference in Ballarat, Victoria, this week.

Mr Keogh said the agricultural sector in Australia was experiencing major changes as a consequence of global forces that were disrupting many established business models, including the farm advisory sector.

“We are facing a situation where ‘disruption’ is going to rapidly occur in agriculture, driven by the digital and data revolution. That is the future that is in front of us,” he said.

“Different models have emerged and evolved and I think it is unclear at the moment who will emerge as the ‘captain’. Who is going to be the ‘captain’ of some of these systems as they evolve in agriculture?

“Will it be the chemical companies, will it be independent software providers, will it be some of the farm service agencies?”

What does it mean for advisers?

Mr Keogh said agronomists and farm advisers needed to ask what that meant for the way they delivered services in the future.

“The development of digital platforms and big data analytics has the potential to rapidly and objectively inform farmer decision-making in real time in ways that a traditional agronomist could not hope to match,” he said.

“When combined with the consolidation occurring in the farm input sectors it is possible to envisage a future where farm inputs are packaged with information and decision-support services provided by major agrichemical corporations, and independent agronomy advisers are relegated to a marginal role servicing small-scale and niche producers.”

“Don’t ignore this. If the industry doesn’t engage and start thinking about some of these issues we may well end up captive on a ‘railway’ that has a predetermined destination,” he said.

“I urge all of you to not necessarily be scared of developments in terms of what your future role might be, but how can we make sure it works for the betterment of everyone in the sector rather than simply be another avenue for greater profit capture by particular parts of the chain?”

Mr Keogh pointed to significant changes and ‘disruption’ that were having a big impact on industries, including agriculture:

Mr Keogh said there was a range of emerging technologies and systems that had potential to sideline the role of farm advisers.

“If we look forward 10 years I think we will see in-paddock soil moisture and temperature monitors wirelessly networked to provide real time data,” he said. 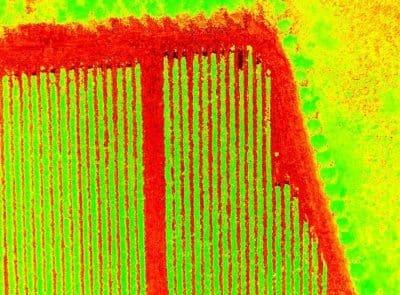 “That technology is available now, but it is probably marginally too expensive for most operations, particularly broadacre operations. I suspect the price will continue to come down and that will bring it into the realms of possibilities, particularly for high-value crops.

“We have also seen the emergence of technologies based around near-infrared aiming to provide in-paddock soil testing. If you had the situation where soil testing was almost instantaneous and inexpensive you would see it picked up and utilised a lot more.”

Mr Keogh said another field of development was the use of NVDI satellite imagery to provide data on crop and pasture growth and disease and nutrient problems.

“That satellite imagery is now available at sub-one-metre pixel size at multiple wavelengths. So, the technology is already available. The next thing is to close the loop in converting that imagery data into something that is close enough and calibrated well enough to be able to recognise growth rates and disease issues,” he said.