The big issues for grain groups in 2017

THE cropping sector is riding high with a bumper winter crop harvest safely stored away in many parts of Australia and summer crops in full swing.

But, there are plenty of ongoing issues that need addressing to improve the lot of Australian growers.

Grain Central has taken a look through the eyes of some of the industry’s peak bodies at what the key issues are likely to be in 2017:

Mobile phone coverage and internet connectivity in the bush remains one of the most significant issues affecting farmers and rural, regional and remote communities. 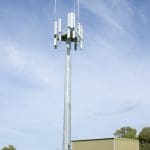 With grain farmers increasingly relying on digital farm management systems and automated machinery connectivity is vital. It is essential to farmers to continue to achieve productivity gains.

The NFF is part of a new Coalition of 15 organisations which will, in 2017, continue to highlight the collective concerns of families, businesses and communities in rural and regional Australia about the lack of equitable access to reliable and quality telecommunications services in regional, rural and remote Australia.

The National Electricity Market (NEM) is not working for Australian farmers and needs serious reform.

A modern, high-performing energy system is key to the productivity, efficiency and international competitiveness of Australian farming businesses.

In 2017 the NFF will be working to see steps taken to modernise the NEM and get the best possible balance for farmers when it comes to power reliability and affordability.

2016 turned out to be a year of thinking about workplace relations reform – despite a long list of recommendations from the Productivity Commission, the Government largely stayed silent on this vital area of economic policy.

Watch out for more action in this space in 2017 as confidence in government grows now that the Registered Organisations and ABCC bills have passed through the Parliament.

Early in the new year the NFF will be submitting its pre-budget submission and tax reform will be a key pillar of the submission.

Currently the nation’s tax system is broken and in need of sensible, forward-thinking reform to allow farm businesses to operate to their potential.

In particular, the NFF is calling for company tax cuts of 22 per cent or lower and a single ATO definition of small business with a turnover threshold of higher than $2 million.

Specifically on the trade front in 2016 the NFF played a key role in providing the policy grunt for the government to successfully negotiate free trade agreements with China, Korea and Japan. 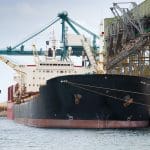 The ultimate result was big gains across the board for agriculture.

During 2017 the NFF will continue to focus on getting the best result for farmers in the free trade negotiations including the Regional Comprehensive Economic Partnership (RCEP) and the next round of World Trade Organisation’s negotiations.

With a bumper crop in Australia and low international prices, progress on the trade policy agenda is a priority for GrainGrowers.

“Both negotiations are well advanced and we’ll be looking to lock in improved access arrangements for Australian grains as these processes near finalisation,” he said.

This year sees the formal review of the Port Access Code and close consideration will be given to how competitive forces have played out at port and supply chains more broadly with the large volume of grain this year. 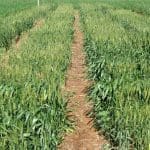 GrainGrowers will be working with GPA as joint representative organisations (RO) to ensure the Grains Research and Development Corporation (GRDC) remains focussed and has the right structure and focus to improve grower profitability through investment in research, development and extension.

GrainGrowers investment in innovation and digital farming has also been significant in recent years, particularly through ProductionWise.

The organisation aims for even further advancement on the recent Australian agdata breakthrough of providing growers with the ability to use one online platform to access NDVI imagery in combination with powerful yield forecasting, weather analysis, farm planning, record keeping and crop adviser interaction services.

GrainGroweres’ capability building work will be expanded this year with Innovation Generation (IG) Local, kicking off in Moree in north-west NSW in February.

Bedding down the Murray Darling plan

The cotton industry is hoping for rain in coming weeks to ensure this year’s crop production reaches the potential of producing 4.5 million bales – the second highest on record. 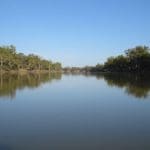 Cotton Australia will continue to keep its policy focus on the Murray Darling Basin Plan, which is currently under review, and the implications that holds for irrigators.

“I’d like to think that sometime in the next 12 months we finally land the Murray Darling Basin Plan, and in particular the northern Basin Review,” Cotton Australia general manager, Michael Murray, said.

“We believe the level of water recovery should stop at where it is now at 278 gigalitres rather than the original plan which called for 390GL.

“We think the money that would have been required to acquire the rest of that water should be spent on environmental works and complementary measures such as putting cold water thermal pollution curtains on dams to get rid of cold water pollution and fish capacity ways.”

Lobbying in the area of energy, particularly around electricity pricing and options for irrigators, will also be a high priority for Cotton Australia.

The farm machinery industry will be looking to develop a more integrated supply chain and streamline distribution in 2017.

“We will be trying to encourage a better understanding of the supply lines, the way customers’ buying patterns are changing and the needs of dealers vis-a-vis the needs of manufacturers and importers,” TMA executive director, Gary Northover, said. 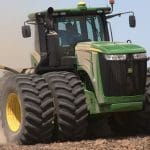 The TMA will also be focusing on regulatory issues, keeping an eye out for any changes to regulations or shortcomings in current regulations the association might be able to influence.

“One example is the transporting of ag equipment on the roads. There is movement towards national harmonisation on that matter. We are attempting to participate in that. It’s moving along slowly,” he said.