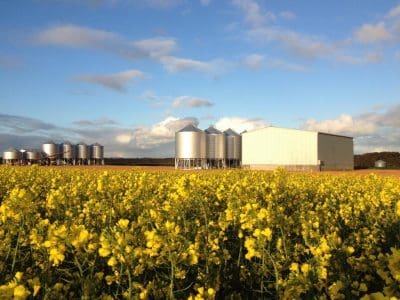 Comprising aggregations at North Star in northern NSW, Darlington Point in southern NSW, and Lake Bolac in Victoria’s Western District, the assets were listed for sale in March as one of Australia’s largest portfolios of dryland and irrigated cropping country,

“These bids were significantly exceeded by the combinations of bids for individual assets,” Mr Thomas said.

SAF has been managed by AgCAP, and its CEO, Martin Newnham, said the result was a pleasing one which built on strong operational returns over the past two years to deliver a very robust total return across the life of the fund.

North Star: Covers 9,710has, including 8,546ha of arable land in an area prized for its ability to produce high-yielding and high-protein milling wheat, as well as barley, canola and chickpeas.

An announcement is expected soon from AgCAP and CBRE in relation to the sale of SAF’s King Island and Cradle Coast dairy and grazing assets, which listed in March alongside the cropping aggregations.