Tillage is back, but not as we knew it

AFTER being apparently consigned to history by the clear advantages of reduced-tillage systems, tillage has reappeared in growers’ thinking as it becomes apparent that certain weeds are prospering under herbicide-only management.

If it comes back, though, the new tillage won’t be your father’s tillage.

Minimum-till has amply demonstrated that the less soil disturbance in cropping systems, the better.

The future of weed control looks to lie in technologies that integrate the best of chemical control – like weed detection systems – coupled with on-the-spot, strategic tilling. 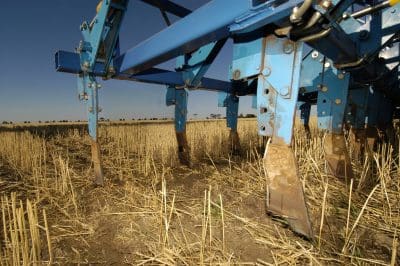 On-the-spot, strategic tilling may have a role to play in weed management programs.

Queensland Department of Agriculture and Fisheries (DAF) principal research scientist, Dr Michael Widderick, says what is clear from his research, which is supported by the Grains Research Development Corporation (GRDC), is that continuing to rely wholly on chemical control is not an option.

“The spread of no-till farming has meant that almost all weed control now revolves around herbicides,” Dr Widderick said.

“As a result, the weed spectrum in the northern grain region has changed to favour herbicide-resistant, surface-germinating weeds like common sowthistle, fleabane and feathertop Rhodes grass.

“If we continue to rely only on herbicides for weed control, we continue to favour the evolution of these weeds, and other herbicide-resistant species will inevitably appear.

“The challenge is to identify ways of using tillage that retain the benefits of zero-till while addressing weed management issues.”

Tillage presents a mixed bag of benefits and problems to grain growers. Aside from the damage it causes to soil structure, its effects differ markedly on different weed species.

Burying seed can prevent weed germination, but it generally also preserves seed viability. In one DAF trial, virtually all barnyard grass and livergrass seed became unviable after two years on the inhospitable soil surface, but at least 10 per cent of seed survived when buried at a depth of 10cm.

To assess the effects of tillage on weed ecology, DAF have conducted a series of four GRDC-supported field experiments since 2011.

Small glass beads were used to track the degree of soil inversion and seed movement under different tillage methods. As expected, the greater the tillage intensity, the more beads buried at depth (5-20cm).

Overall, Dr Widderick said, tillage had the potential to reduce the emergence of all weed species compared to emergence under zero-till. 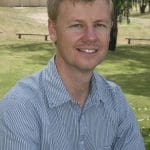 Tillage treatments proved most effective on small-seeded species like fleabane and common sowthistle. And the greater the tillage intensity, the lower the subsequent weed emergence across all species.

Thus, the one-way disc, the implement causing the greatest amount of soil inversion, also proved the most effective at halting seed emergence.

However, the results were complicated by different results in different seasons.

Dr Widderick said this was a result of simple weed ecology.

Both these seasons started hot and dry. Under zero-till, weed seeds near the soil surface were punished by the conditions and lost their viability. The harrows and Gyral machine buried seed at enough depth to preserve a high level of viability, but not deep enough to stop emergence of viable seed when the season broke.

Researchers also looked at the effects of covering disced treatments with a second pass using the Gyral.

As a rule, the second pass tended to bring back seed deep-buried by the discs closer to the surface, so the treatment increased seedling emergence over those that used only discs.

Dr Widderick said considering all the data, two things were evident – the continued sole reliance on no-till was not an option and tillage could reduce weed seed germination.

He believes answers to the weed challenge lie midway between these two facts.

That may mean harnessing technologies like robotics to deliver tillage only where necessary.

This field is already being explored by researchers.

“For example, we may see robot rigs equipped with weed detection-type sensors and dual-equipped with the ability to selectively apply herbicide or tillage treatments,” Dr Widderick said.

He describes this as “targeted tillage”. If robotic systems are capable of delivering it, tillage may yet return to Australian paddocks – but not via the one-way ploughs rusting behind many farm sheds.