SIGNIFICANT opportunity exists for most southern grain growers to generate stronger levels of profitability, according to a study which has identified the key profit drivers in successful cropping businesses. 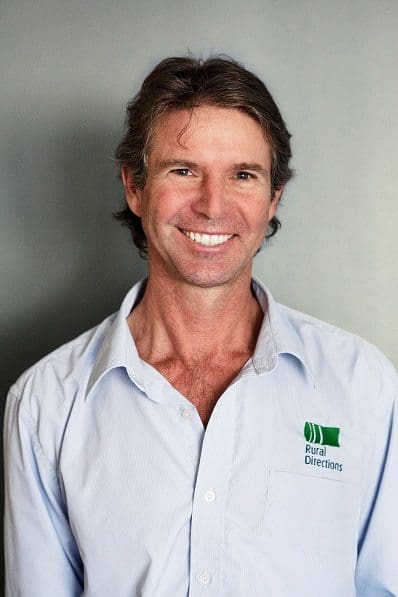 Commissioned by the Grains Research and Development Corporation (GRDC), the project – ‘The integration of technical data and profit drivers for more informed decisions’ – involved collecting a minimum of three and up to five years of benchmarking data from more than 300 cropping businesses nationally.

The project was led by Rural Directions Pty Ltd in the southern region and involved Meridian Agriculture and Macquarie Franklin.

According to Tony Craddock from Rural Directions, a consistent message from the project was that a large gap in financial performance existed between the “Top 20 percent” businesses and the average business in each agro-ecological zone.

“It demonstrated that there is abundant opportunity for many grain growers to increase profit from the resources that they currently have available to them,” Mr Craddock said.

Driven from the agro-ecological zone level upwards to ensure that the key profit drivers reflected the farming conditions relevant to different rainfall zones and soil types, the project explored the management characteristics of cropping operators which influence their decision-making processes and farm business performance.

The study found that four primary profit drivers separated the Top 20pc of grain businesses – which are consistently retaining 30pc of turnover as net profit – from average businesses in the GRDC’s southern region (Victoria, South Australia and Tasmania).

In terms of gross margin optimisation, Mr Craddock said this was driven by two main factors – income (or turnover) per hectare and variable costs per hectare.

“Therefore, it is all about optimising yield in a cost-effective manner,” he said.

“The Top 20pc are often generating 10pc more crop yield per hectare from a common or lower overall investment into variable costs per hectare. This enables the Top 20pc businesses to generate gross margins which are 15pc to 20pc stronger than the average business in the dataset.”

“Differences in machinery utilisation and labour utilisation are driving the most significant variation between the Top 20pc businesses and average businesses in relation to this profit driver,” Mr Craddock said.

“The Top 20pc maintain a 0.7 to 1.0 machinery investment to income ratio while also generating more than $600,000 of turnover per full time equivalent (FTE) labour unit.

“The average businesses often had a machinery investment to income ratio of more than 1.0 to 1.0 and the average level of turnover per FTE is less than $450,000 across the full dataset.”

In terms of people and management, Mr Craddock said a qualitative survey identified that an implementation gap rather than a knowledge gap was driving substantial differences in performance between the Top 20pc and their lower-performing peers.

There are six key management characteristics that characterise high performing grain businesses: having a systems focus; taking a ‘helicopter’ view of management when under pressure; internalising and taking responsibility for key decisions; focusing energy on things within their control; superior implementation ability; and strong observation skills.

“As a result of focusing their energy on things within their control, the Top 20pc growers achieve a stronger return on investment from the time and energy they contribute to their businesses,” Mr Craddock said.

“Businesses able to retain a greater percentage of turnover as net profit on a long-term basis become more resilient by design. They are able to more easily absorb a short-term production or business shock that reduces revenue within a particular year.”

Mr Craddock said that in terms of opportunity for enhanced profitability, some businesses may have a yield and revenue opportunity, other businesses may benefit from a more disciplined approach to variable costs, while for others the opportunity could be in managing total plant machinery and labour-related costs.

“While it takes skill, courage and discipline to replicate top 20pc performance, it is generally decisions and choices that are well within our control that we can influence to achieve it,” Mr Craddock said.