BENCHMARKING studies by agricultural consultancy, Agripath, showing that top-line grain producers can make around 10 per cent profit on assets, highlight the potential for other operators to improve their performance and lift profit margins. 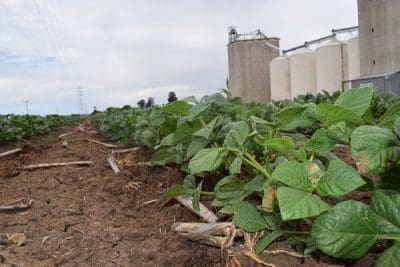 While the average Australian cropping farmer, according to ABARES, shows a profit of around 3 per cent on assets, farmers in Agripath’s benchmarking group average around 6pc. The top 20pc achieve around 10pc.

Agripath director Simon Fritsch, Tamworth, NSW, said this meant there was potential to lift annual profit from around $300,000 to $1 million on a typical farm where the value of land and machinery was around $10 million.

Speaking at the GRDC Farm Business Update at Toowoomba, Mr Fritsch, said the key to the success of the top farms was they spent a lot of time understanding their businesses and surrounding themselves with a good team of people to make up for any deficiencies in their management. 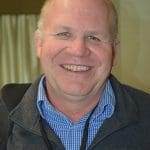 “They take a lot of time to understand the assets they are working on and the environment they are in and have built farming systems that are resilient around that,” he said.

“They have gone away from saying “this happened to us this year because of the lack of rain, or whatever” to “we do these things in our business because of this information about our business”.”

Mr Fritsch said Agripath had spent the last three years on a GRDC project, ‘The integration of technical data and profit drivers for more informed decisions’, that looked at the lessons to be learnt from benchmarking farm clients over the past five years and what set the top performers apart from the others.

The focus of the project was on grains businesses that were generating more than 70pc of their income from grains.

He said it showed there were four main areas that were common to the top operators:

Top performing farms have high gross margins due to a combination of good crop yields, crop selection and lower costs. They understand the relationship between yield, price and plant available water and its ability to produce margin in their environment.

Some farmers do a better job than others in managing weather related risks. Drought, floods, frosts, hail and harvest rain all need to be examined by farmers and strategies developed to minimise losses.

Farmers need to spend time on fine-tuning their business if they are to get each farming job done correctly and on time. When farmers reflect on the poor performance of crops or operations it is common to hear explanations such as there was a hold-up and planting was delayed or the employee made a mistake with spray application.

This is determined by how farmers structure their business, how they kit up in terms of machinery and how they control expenses.

Mr Fritsch said the key was for farmers to build a farming system that reflected the environment they were in.

“Generally, your asset value reflects the environment you are in. East of the Newell Highway or on the eastern Darling Downs, for instance, you pay a lot more for that country because purportedly it rains more and has better soil types. Further west the soil types are more constrained and there is lower rainfall, so you pay less for that country,” he said.

“It is about building a resilient business that recognises that’s the environment you are in. It is about plant available water and how much profit you can make from that.”

Mr Bowman said while there was not a “one size fits all” model, there were key principles that all farm businesses needed to adhere to if they wished to succeed and prosper. 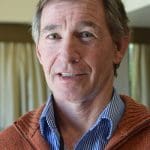 He reiterated the importance of farmers surrounding themselves with good people, having a good level of equity, growing high gross margin crops, operating low-cost enterprises, instilling resilience and maintaining flexibility of management.

Mr Bowman said the centrepiece of a resilient farming business on the Darling Downs was the development of a farming system that was both profitable and sustainable.

“Getting this combination right is like finding the ‘Holy Grail’ and, as such, is a difficult process to get right,” he said.