FARMERS last year demonstrated they are becoming much more adept at countering the threat of crown rot disease – but it’s no time to rest on their laurels, according to NSW Department of Primary Industries (DPI) senior plant pathologist, Steven Simpfendorfer, Tamworth. 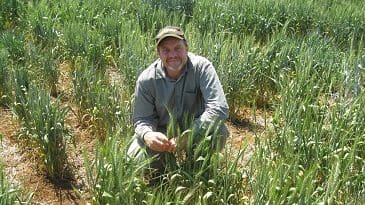 Crown rot remains a threat to winter cereal production throughout the farming belt, despite better management programs, resistant varieties and a surge in chickpea plantings in recent years that have helped break the disease cycle.

“With chickpeas becoming a bigger part of the rotation in the last couple of years, that has given a better break for crown rot,” Dr Simpfendorfer said.

“The increased adoption of wheat varieties such as Suntop, Mustang, Spitfire and Lancer has also helped. The varieties that are coming through have better tolerance, Suntop in particular. Farmers have got away from Gregory which was more susceptible. We are still seeing losses, but not at the same levels.

“The thing in the north is a variety should have good tolerance to both crown rot and Pratylenchus thorneii (root lesion nematodes) which Suntop has. If a variety hasn’t got both it is in a world of pain.”

Dr Simpfendorfer said farmers should take heart from the success they had had managing the disease in recent years and continue to apply the strategies that were proving effective. 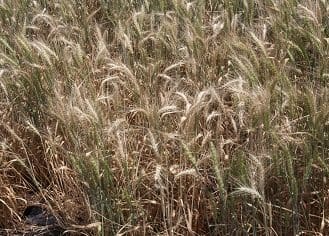 Crown rot infection is characterised by a light honey-brown to dark brown discolouration of the base of infected tillers, while major yield loss from the production of whiteheads is related to moisture stress post-flowering.

He said last year had been a high-risk year for the expression of crown rot as whiteheads in cereal crops thanks to a warmer winter and a dry spring, but the disease was generally well managed in the majority of paddocks by NSW and Queensland growers.

“To see the number of paddocks that didn’t have whiteheads in them showed growers had actually got somewhere with their management. There were still some paddocks affected, but as a general rule, growers are making progress,” he said.

“So, don’t be disheartened or forget the principles just because you have the odd paddock affected.”

“For growers with some paddocks that had only five to 10 per cent affected, if they weren’t managing crown rot inoculum through rotation and other means their paddocks would be looking like the inoculated sites in the trials. Their crops could have been sitting at 50 per cent loss. It would have been a big year for losses,” he said. 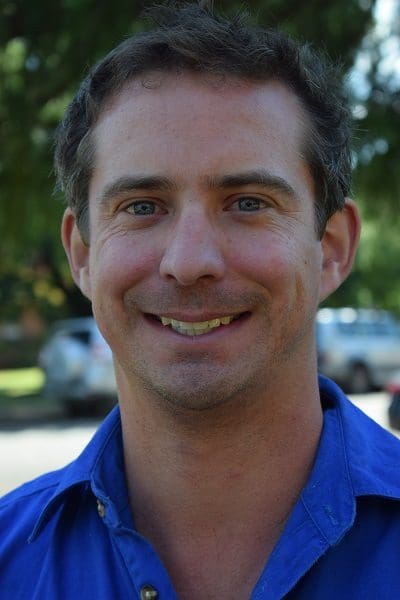 “We are also finding from the survey that there are commonly one or more stubble-borne diseases in consultation with crown rot. Seasonal selection will see the expression of one or other of the diseases,” he said.

“If you observed symptoms in a paddock last year, go to a break crop. If you can’t go to a break crop, consider sowing barley over wheat. Because of its phenology it will fill grain quicker, potentially avoiding moisture and heat stress which exacerbate losses from crown rot,” he said.

“Other things you can do are sow early in the window to try to minimise moisture and heat stresses during grain fill.”

Mr Baxter said the key points to remember with crown rot were:

In Western Australia, Department of Primary Industries and Regional Development (DPIRD) researchers have found that growers can lose up to 18-19 per cent of potential barley and wheat yields due to crown rot.

The prevalence is particularly high in the state’s ‘hot spot’, the low rainfall eastern grainbelt, mainly due to the common use of cereal-cereal rotations in that region.

Wheat and barley trials carried out by DPIRD at Merredin and Wongan Hills from 2014 to 2016 found:

*PreDicta B is a DNA-based test for stubble, plant residue and soil which detects levels of a range of cereal pathogens. It is commercially available to growers through the South Australian Research and Development Institute (SARDI).

For more information on crown rot management go to https://grdc.com.au/resources-and-publications/all-publications/bookshop/2011/01/crown-rot-in-cereals-fact-sheet-northern-region