WEST AUSTRALIAN bulk handler CBH Group has introduced a tough new law which will exclude growers who attempt to deliver a third load of grain in excess of Australian maximum residue levels (MRL). 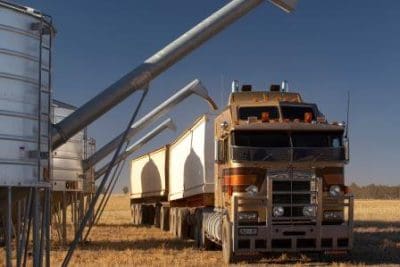 Effective from August 2017, the three-strike approach will see growers who deliver one load of grain in excess of level-one MRLs having to pay a one-off fee of $5,400, and $1 per tonne for all deliveries in the following year.

Strike two will come if another level one contaminated load is delivered, and will see the grower incur a second load breach fee of $5400, a pre-delivery residue testing fee of $1.25/t and the new mandatory load-testing fee of $1/t to test every load delivered the following year.

If a grower attempts to deliver subsequent loads in breach of level-one limits, each will incur a further load fee of $5400, and the grower will be banned from delivering grain to CBH.

CBH said this tough stance had come about to help ensure WA maintained its reputation for providing a clean and safe product.

“It is important we ensure this reputation is not put at risk as a result of off-label chemical use and subsequent residue detection,” CBH said in a statement.

CBH said growers needed to be mindful of the withholding periods listed on chemicals, and a breach of chemical residue limits could see growers fall foul of legislation and their contractual obligations.

The new fine and fee structure passed on the additional costs of testing grain for residues in subsequent seasons to those growers who had been found to have delivered chemical residue contaminated loads to CBH.

“We appreciate that you are as concerned with the reputation of your grain as we are, and that you will assist us in keeping Western Australian grain clean for export.”

As per the parameters approved in 2016 by the Australian Pesticides and Veterinary Medicines Authority (link to previous story), CBH is restricted to accepting two types of Nufarm glyphosate products, Weedmaster DST and Weedmaster Argo.

These products cannot be used on barley being delivered into malting or Hindmarsh segregations, and CBH will only allow glyphosate- treated barley only into feed-grade segregations.

“We will not be segregating glyphosate treated barley separately. Grain treated with glyphosate will be stored within common feed grade storage segregations.”

The process for managing barley deliveries to CBH this harvest will be as follows;

CBH will be implementing a robust chemical residue monitoring regime for grain delivered to CBH this harvest.

Deliveries will be sampled, bagged and recorded with the relevant grower delivery details enabling full traceability.

This regime will operate in a similar manner to the non-GM identity preservation program that has been implemented by CBH over the past six years.

The Federal Department of Agriculture and Water Resources through the National Residue Survey conducts chemical residue testing on every shipment of grain exported from WA.

Legislation which pertains to chemical residues and MRLs can be found in:

Further information is available through the CBH Business Relationship Manager  network, or by phoning the company’s Grower Service Centre.