AUSTRALIA’S national triticale breeding program has been shelved for want of a funding model which can funnel research dollars into a grain used by the livestock industry.

University of Sydney plant breeder Prof Richard Trethowan has headed the national triticale breeding program, which he says was shelved because the Grains Research and Development Corporation (GRDC) could not reach an agreement with livestock industries to share funding responsibilities. 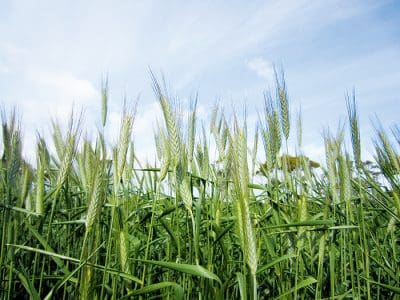 Commercial development of Australian triticale varieties has halted because of a lack of funding.

“This has come about because triticale doesn’t go through the end-point royalty system, and the primary beneficiaries of the research have been livestock industries.”

They include piggeries, dairy farms and prime lamb producers, most of which consume most or all of the triticale grain they produce on farm, therefore avoiding the need to pay end-point royalties.

Apart from parts of South Australia, where it is grown as a grain-only crop, triticale is a dual-purpose grain which has lost area in recent years to improved varieties of oats, barley and winter wheats.

The University of Sydney and its research partner on triticale, AGT, stopped working on triticale research in 2015 when GRDC funding dried up.

“We have a fair bit of germplasm on the shelf in Narrabri and may see one or two cultivars released before the triticale program fully winds down. We have a number of advanced lines close to release.”

Prof Trethowan said an international breeding program from CIMMYT in Mexico also had potential to provide germplasm if the Australian program could be revived with some funding input from the livestock sector.

“With GRDC making the decision to cease funding triticale breeding, and the crop being significantly disadvantaged in relative yield against wheat and barley, the production of triticale has all but ceased,” the report said.

“The loss of triticale is a major negative for the domestic feedgrain market as it has been historically a dedicated feed grain.”

“Trit was a better-performing dual-purpose cereal for us last year on the wetter and heavier country than the Kittyhawk winter wheat, and we can feed trit straight to our lactating ewes,” Mr Moll said.

While triticale’s popularity is restricted largely to mixed farming operations on the steeper slopes and higher-rainfall areas of NSW and Victoria, it has a devoted following among mixed farmers, who appreciate its uniqueness in the stockfeed spectrum.

Last year over a very wet spring, the Moll family grew 178ha of triticale which averaged 7t/ha, and surplus grain can be sold to Gippsland and Goulburn Valley buyers.

“Trit can handle acid and sodic soils and aluminium, and it can handle the wet better than barley can. We’ve found it’s just as good and as saleable as red wheat, which a lot of people are growing.”

“It’s gone out of fashion but we’ll keep growing it. I think dual-purpose varieties of triticale have a fit and that extra gross margin in being able to feed it straight to our ewes is a real bonus.”

While triticale varieties released in recent years are high yielding and some, like Berkshire, have been bred to have added appeal as a stockfeed, their viability is destined to decrease over time without new genetic input.

“The real impact isn’t going to be felt until we run out of legacy materials, maybe in 10 years’ time,” Prof Trethowan said.