SCIENTISTS from the Boyce Thompson Institute (BTI) and Cornell University in the United States have boosted a carbon-craving enzyme called RuBisCO to turbocharge photosynthesis in corn. 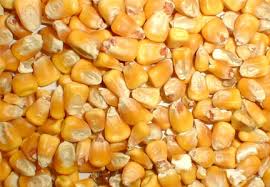 The discovery promises to be a key step in improving agricultural efficiency and yield, according to new research in Nature Plants, Oct. 1.

“Every metabolic process – like photosynthesis – has the equivalent of traffic lights or speed bumps,”  Cornell-affiliated BTI president and plant biologist, David Stern.

“RuBisCO is often the limiting factor in photosynthesis. With increased RuBisCO, though, this well-known speed bump is lowered, leading to improved photosynthetic efficiency.”

RuBisCO does have a formal, scientific name. It’s Ribulose-1,5-bisphosphate carboxylase/oxygenase, an enzyme that helps convert carbon dioxide into sugar. It’s generally accepted that it’s the Earth’s most abundant enzyme.

“It needs help from other proteins to assemble itself,” lead author and Cornell doctoral candidate in the field of plant biology, Coralie Salesse, said.

With the chaperone enzyme, the scientists in effect lowered a different speed bump – one that limits the rate at which RuBisCO can attain the right biological architecture – leading the plants to accumulate more of it.

The exact mechanism of how RuBisCO was assembled had been a mystery for many years, until the RAF1 and RAF2 proteins were discovered.

“Corn is an important but land and energy-intensive crop, and reducing its environmental footprint is important. Just in this country, corn is grown on some 90 million acres, and nearly 15 billion bushels were produced in recent years,” Stern said.

He explained there were different approaches to increasing biomass per acre, including boosting photosynthesis, which could increase the weight of each ear of corn and thus yield per acre.

Stern noted – with this finding – that the same approach may have promise to improve yields in other C4 crops, such as sorghum and sugarcane.

“As we move from the greenhouse and into the fields, we hope to eventually observe improved growth and yield in production varieties,” he said.

“Turbocharging RuBisCO has the potential to provide a foundation for profound effects on the corn plant’s ability to mature and produce biomass, especially when combined with other approaches.”

Other authors of “Overexpression of Rubisco Subunits With RAF1 Increases Rubisco Content in Maize” are BTI’s Viktoriya Bardal, who was an intern in the Stern laboratory, and Johannes Kromdijk from the University of Illinois. Funding was provided by the U.S. Department of Agriculture and the Mario Einaudi Center for International Studies.