NEXT week, 30 Australian university agricultural science and agribusiness students will descend on Temora, New South Wales, brimming with grains knowledge and enthusiasm, and armed with clip boards, rulers and calculators for the annual Australian Universities Crops Competition (AUCC) from 12-14 September.

The event is an annual initiative of national grain farmers’ representative body, GrainGrowers, and is held at Temora Agricultural Innovation Centre (TAIC) run by FarmLink Research Ltd. It is the only such competition in the Australian grains industry. 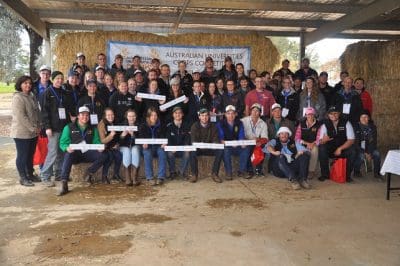 Organiser and GrainGrowers’ CEO, Dr Michael Southan, said the competition’s aim was to expand students’ practical knowledge and experience in the Australian grains industry through completing a range of essential agronomic and assessment tasks important for their future careers.

“We have been running the competition for the past eight years and it is well supported by Australian universities with agricultural and agribusiness degrees,” Dr Southan said.

“It not only tests students on what they have learnt as part of their curricula at their universities but also puts them in the field to carry out some of the tasks their future careers in the grains industry could require them to do well.

“Finally, it gives students an important opportunity to hear from and chat to former competition participants who have gone on to careers in agriculture, and to potential employers in an informal setting about possible grains careers after university.”

The two individual winners from last year’s competition, Nellie Evans and Brett Bushell who studied at the University of Sydney, will help mentor and supervise students participating in this year’s competition. 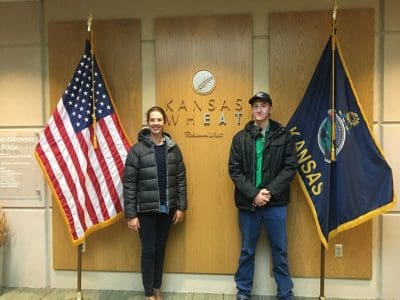 Last year’s individual winners, Nellie Evans and Brett Bushell, went on to compete in the US universities crops competition. They will supervise and mentor the students at this year’s Australian Universities Crops Competition.

Nellie and Brett travelled with GrainGrowers’ staff to the United States for the equivalent US universities crops competition in Kansas this year, as their prize for winning the competition.

They both agreed that participation in the AUCC last year was a highly valuable experience.

“I would encourage any university student to get involved in the competition,” Nellie said.

“Now I know I want to be out there with farmers on the ground, solving their problems and as an interface, talking to the researchers to get the research done that will help on the farm.”

Both Nellie and Brett are now pursuing careers as research agronomists.

La Trobe University senior lecturer in the Department of Animal, Plant and Soil Sciences, Dr James Hunt, said the university had been involved in the competition since it first began in 2009. 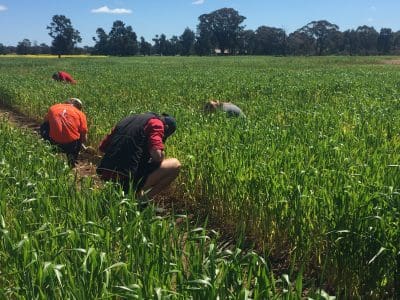 Heads down for the tricky business of assessment during last year’s AUCC.

“In fact, our team won in the inaugural year!” Dr Hunt said.

“La Trobe supports the competition because it enables students interested in a career in cropping to be tested on the practical tasks they will need to perform if they want to work in the industry,” he said.

Dr Hunt said he attended the competition with the students last year and would be there again this year.

He said there was a high standard of competition and it was great to get out into the field with the students as part of their training.

University of Sydney lecturer, associate professor Dr Daniel Tan, said the crops competition was an important date on the University’s calendar each year because the students learnt so much in the field during the competition and got to work with industry as well as with students from other universities.

“The University of Sydney has also been involved in the crops competition since 2009 and past competitors have gone on to amazing careers in agriculture,” he said.

Over the three days they complete a major yield assessment for one exam and identify weeds and diseases on five separate crop types.