DRYLAND cropping research conducted by the University of Queensland (UQ) could see some growers continue to push the boundaries of the traditional sorghum planting window, with trials indicating there’s value in planting earlier to avoid heat stress.

Outcomes from the research have highlighted that when conditions are optimal, growers can plant sorghum several weeks earlier than current recommendations without impacting yields.

The benefits of this, including avoiding heat stress during flowering, were discussed by UQ Crop Science research fellow, Joe Eyre, in the latest a Grains Research and Development Corporation (GRDC) video released this week.

“When you plant sorghum early, the crop has stopped using soil moisture by that time and rainfall events in January and February contribute to stored soil moisture for the following winter crops.

“The above ground sorghum residues can also improve rainfall infiltration into the soil and reduces erosion.”

Dr Eyre said earlier sown sorghum was certainly trending in the grains industry, with some growers opting to take a punt and plant in the cooler months to avoid finishing their crops in the heat of summer.

While the average trial results across all sites showed that early sown sorghum recorded similar yields to crops sown during the traditional window, Dr Eyre said ongoing research is investigating where and when early sowing sorghum is beneficial at the crop and cropping systems levels.

Minimum daily soil temperatures of 16 degrees and rising at the seeding depth are recommended when sorghum is planted, and Dr Eyre said growers should look at the forecast once paddocks reach 12 degrees temperatures to decide whether they’ll have successful establishment.

“Growers can’t decide to plant on sowing dates alone. They still need to follow the usual rules of thumbs when planting, including sufficient soil moisture, a good paddock history and most importantly, quality seed,” he said. 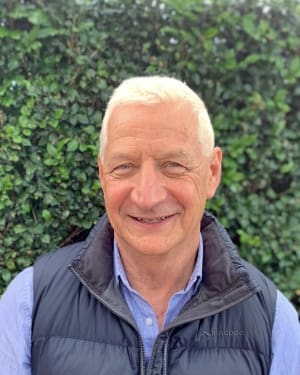 During the trials, Dr Eyre said seed quality proved to be a pivotal part of a successful early plant – with high quality seedlots generating 90 per cent emergence and others only recording 40 pc.

“Temperature drives the development of crops and when it’s cold, it takes longer for the crops to get out of the ground and the seedbed starts to dry out. Poor quality seed takes longer to emerge, which is why it’s important to use good quality seed.

“Seed quality doesn’t only impact germination rates, but it also influences the uniformity and timing of seedling emergence.”

Dr Eyre said if growers are looking to try and take advantage of an early sown sorghum crop as a disease break, or to increase their intensity, they should be talking to their suppliers about sourcing seed now.

“Growers should be looking at where they’ll get their seed from, or if they’re using seed from their existing stores – they need to think carefully about how they’re storing it.

“They need to continue to monitor seed quality and think about getting their seed tested in specialty labs to gain a consistent measurement.”

Dr Eyre said he suspected this research would help growers continue to manage a changing climate and justify moving to an earlier planting window if the season allows it.

“This research is another tool in growers’ toolkits to diversify risk across a period of time when traditionally, there aren’t a lot of crops planted,” he said.

“The GRDC has invested significantly in responding to climate change and how it impacts growers’ bottom lines,” Mr Rochecouste said.

“Responding to climate change will require both genetic solutions and farm management solutions and this is a great example of how growers can alter their practices to better manage a warmer climate.”