US joins treaty to expand access to global crop genetics

THE signing this month by the United States of an international treaty facilitating access to crop genetic resources will enhance the ability of Australian plant breeders to develop improved lines for Australian farmers. 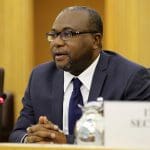 The International Treaty on Plant Genetic Resources for Food and Agriculture, which was ratified by Australia in 2006, is an international instrument that Australian farmers and plant breeders rely heavily on to access the raw genetic material needed to develop new crop varieties.

Secretary of the Treaty, Kent Nnadozie, is visiting Canberra this week to meet with government, industry and other stakeholders to discuss the planned enhancement of Treaty systems which are expected to further benefit Australian farmers and breeders.

“Australian farmers can be very pleased with this month’s signing by the United States of the Treaty,” Mr Nnadozie said.

“The more countries we have on board with our efforts for a globe-spanning collection of plant genetic resources, the better for all farmers, wealthy or not and in direct competition or not.

“All farmers need plant genetic material for use in research, breeding and training efforts, which also includes measures to ensure the fair and equitable sharing of financial benefits.

“This material is vital to Australia as over 95 per cent of Australian agriculture is based on plant genetic resources from other countries.”

Mr Nnadozie said the Treaty’s Multilateral System currently covered over 1.5 million crop samples of plants, seeds and crop and applied to 64 foods, feeds and grazing crops maintained by International Agricultural Research Centres or under the management and control of national governments and in the public domain.

“Australia has much in common with developing countries in their battle with ecological and climatic challenges,” he said.

“Most Australian and US farmers have the benefit of the latest science, mechanisation and world’s best extension services, not necessarily available to their developing country cousins. But farmers the world over benefit from the preservation of crop diversity and varieties adapted to emerging and future climate conditions.

“This is particularly the case now that the world’s agriculture is dangerously reliant on a narrow genetic base of a limited number of food crops, and climate change expected to profoundly alter the conditions of agriculture.

“Australia’s special support for the Treaty’s systems benefiting farmers, breeders and researchers in the Pacific is particularly welcome as these farmers face significant issues around food security and climate change.”

Projects have supported the development, testing and use of climate ready crop varieties, including the conservation and use of indigenous food crops.

These new crop varieties are also made available to others under the Treaty’s Multilateral System for further research and breeding.

“The development of varieties with greater tolerance to extreme temperatures, drought and flooding, as well as resistance to pests and disease is key in the context of climate change,” Mr Nnadozie said.

“Adaption breeding will increasingly require access to appropriate crop genetic resources from outside national borders, and the Treaty facilitates this.”

The Treaty, which has membership of 143 countries, offers considerable benefits to Australian farmers and commercial breeding enterprises through providing greater access and stability to global genetic resources under standard agreed terms.

The Crawford Fund’s mission is to increase Australia’s engagement in international agricultural research, development and education for the benefit of developing countries and Australia.