THE United States Department of Agriculture (USDA) has announced it is withdrawing a proposed rule to revise the agency’s regulations of genetically engineered crops. The rule was proposed by the outgoing Obama administration in January. 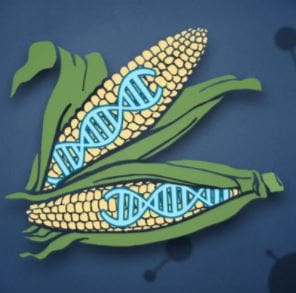 It would have been a major change from the agency’s “regulate first/analyse later” approach to one that would have required identifying a potential risk before regulating a crop.

However, many scientists and biotech advocates thought the proposal didn’t go far enough in easing restrictions, and worried the change could hinder research and development of crops modified with new breeding techniques, such as CRISPR.

“It was well-intentioned, but lacked important details. It maintained an unscientific basis for regulation, and could have made the system even more dysfunctional than it already is.”

The move comes after a comment period in which stakeholders provided the USDA’s Animal and Plant Health Inspection Service (APHIS) with feedback on the proposed rule change.

“Many commenters objected to the scope of the proposed rule,” according to the USDA.

“Some thought that our criteria for designating GE [genetically engineered] organisms as regulated organisms were too expansive, potentially resulting in our regulating a wider range of GE organisms than necessary and thereby increasing, rather than reducing, the regulatory burden for the biotechnology industry.”

Other commenters expressed concerns that the proposed rule exempted too many crops from a safety assessment and would increase the risk of the unintended presence of genetically engineered crops in organic and other non-GE crops.

“My thinking is that if a rule is criticised by both sides on the same points, it has probably struck a good balance,” said Jennifer Kuzma, a professor at North Carolina State University’s School of Public and International Affairs.

She sees the Trump administration’s anti-regulation philosophy at work, and GE crop developers as the likely beneficiary of the withdrawal.

“I think the real reason [for the withdrawal] is that the new proposed rule would have brought more gene-edited crops under its authority. And this new administration isn’t too fond of regulations in general,” Kuzma said.

The January proposal by the USDA, coupled with a proposed overhaul by the Food and Drug Administration for GE animals, would have represented the first substantial revision to the regulation of genetically engineered organisms in 30 years.

For now, the April 2016 ruling by the USDA not to regulate gene-edited plants means that these crops will continue to be treated similarly to crops created via conventional breeding practices. This contrasts with the more onerous regulations that transgenic “GM” plants are subject to.

The fate of the Food and Drug Administration’s proposed changes to the regulation of GE animals is still up in the air, but Kuzma thinks it’s likely the Trump administration will scrap that as well.

Alison Van Eenennaam, an animal geneticist at the University of California-Davis, advocates for a “product-based” regulatory framework, as opposed to the “process-based” scheme that’s been used for GE crops for over 20 years.

“It’s time to refocus regulatory oversight of new varieties of plants and animals around their risk/benefit profiles posed by any novel trait(s) they carry, irrespective of the breeding technique used to produce those traits,” she said.

The real praise will be due, however, when they come forward with a proposal that actually matches the degree of regulatory oversight with the level of risk involved, and propose risk management measures that align with data and experience.”

Secretary of Agriculture Sonny Perdue said the USDA would go back to the drawing board with the hope that it could come up with a solution that satisfied everyone.

“We need to take a fresh look, explore policy alternatives, and continue the dialogue with all interested stakeholders.”

Paul McDivitt is the Genetic Literacy Project’s Food & Farming Editor and Social Media Director. He has a master’s in journalism from the University of Colorado. Follow him on Twitter @paulmcdivitt