VARIABLE rate technology (VRT), which gives growers the capacity to apply farm inputs at varying rates across a field, is becoming more mainstream as producers adopt the technology to achieve greater input efficiencies and fully utilise their yield mapping and soil testing data. 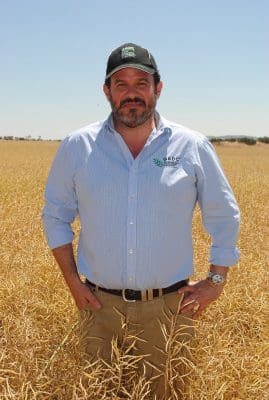 He said a project conducted in 2015 by the Kondinin Group looking at soil mapping and information layers for VRT application showed the benefits that could be achieved.

“What they found was that, in a season typical of that year, you can save $14 to $19/hectare on input costs,” he said.

“They were finding they were getting increased grain yields worth $18 to $24/ha, or a profit boost between the reduction in costs and increase in yields of about $38/ha which is not insignificant.”

“The message that is coming out of this is VRT is something that is worthwhile investigating on your property.”

Mr States said for farmers considering adopting the technology, there was no need to go all out and invest an enormous amount of money to start with.

“But it is worthwhile starting to identify which parts of your paddock are highly productive and which are not. Then use that identification to determine what the cause is for that variability in production,” he said.

“Is it something you can ameliorate through your inputs? Given that inputs are expensive, can you use a VRT system to put those inputs where they have the greatest impact on your profitability?”

Mr States said the GRDC had recently released a new booklet of farmer case studies that showcased some of the tactics used by growers to increase productivity and profitability using VRT.

He said although the VRT case studies were specifically of growers in the Esperance and Geraldton zones of Western Australia, the information they provided was applicable to growers Australia-wide. 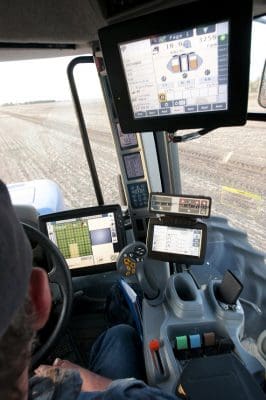 “It is about how you actually set up the VRT, how do you implement it on your place, what are some of the tricks and traps for young players, and how have people started,” he said.

“Some people have started off with just yield maps, have ground-truthed them with some soil testing and then started by variable rating nitrogen, lime or potassium.

“Some guys take several years of implementation, going down the path of proximal sensing using EM38s and gamma radiometry.

“As they gain a greater depth of knowledge about their soils and the productive capacity of those soils they are going down the path of variable rating their compound fertiliser.

“In some cases they are variable rating their seed. If you have a particularly frost-prone area, there is a school of thought that having a more open canopy could help mitigate frost by having a warmer soil. Frost was a big issue in WA last year.”

Mr States said precision agriculture (PA) using VRT was seen by some growers as an obvious and ongoing gradual progression in refining their farm management programs.

“But others are either daunted by the new technology or cannot see the benefits outweighing the cost of purchasing new machinery or equipment,” he said.

“Other causes for reticence include paying for expertise and technical support, difficulty in understanding the technology, and the amount of time needed to learn and implement it.”

Mr States said the publication highlighted the range of approaches and uses for VRT and the varying level of complexity of systems implemented by growers.

“Two main paths are chosen by WA growers adopting VRT– some undertake less complex tasks such as applying variable rates of inputs and others rely on consultants to oversee their systems which manage multiple inputs using a raft of technologies.”