AN expanding oaten hay industry in Victoria has seen a rising number of growers add a hay crop to their rotations and exporters move to increase processing capacity.

Two new hay processing plants are being built in the state this year, underpinning the industry’s expansion and opening up further opportunities for growers.

Gilmac, which already has a plant at Goornong near Bendigo, will open a new plant 130 kilometres to the west at St Arnaud later this year, and JT Tanloden, which operates an existing plant at Epsom at north Bendigo, is building a new facility 30km north-west at Raywood.

Joining existing operators, such as Hay Australia at Bridgewater and Mallee Hay at Ultima, the new facilities will bring the total number of hay plants in Victoria to 10. 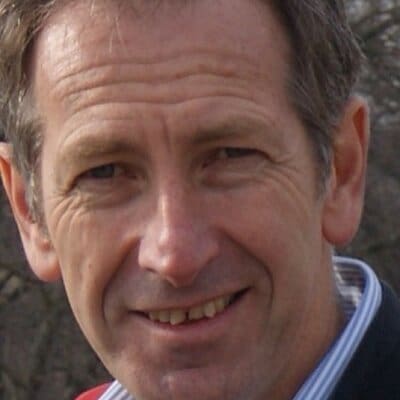 “There is a perfect balance in Victoria between export and domestic. Victoria is one of the biggest hay consuming states and has the biggest domestic market by far, even though it is a tiny state,” he said.

“Then you throw into the mix the opportunity to hook into the export market and get the premiums that are there for premium quality oaten hay, and it becomes a potent mix.”

Mr Peace said with attractive potential returns from hay, growers had taken the opportunity this season to sow oat crops on the back of March rains in the Riverina and April falls in Victoria, particularly in the southern Mallee and northern Wimmera.

“The interest in growing oaten hay continues. The opening prices have been around $250/tonne delivered processing plant for top grade hay, plus top ups and trade premiums. That is looking much more impressive now, given that new crop wheat prices have fallen $50/t since February,” he said.

“It’s good to have a crop which is counter-cyclical to the normal wheat/corn pricing scenario.”

“There are herbicide resistance benefits by cutting the hay crop before the ryegrass comes to head. More recently, people are also realising that when you cut a hay crop you save soil moisture that can be retained for next year’s wheat crop,” he said.

Birchip Cropping Group (BCG) business development and innovation manager and farmer at Horsham in the Wimmera, Cameron Taylor, said many producers, like him, had moved into oaten hay production when they decided to get out of sheep. “That’s when we really increased our oaten hay production and risk-diversified our farm,” he said.

“The really good thing was it lowered the ryegrass weed burden for the other crops we grow. You are not using herbicides to control the weeds. You are cutting the weeds off before they set seed which is a good way to reduce the weed seed bank quickly. It takes the pressure off herbicides so you can use them when you really need them.”

Mr Taylor said adding in an oat crop was a good way to manage rotations.

“In the Wimmera we can generally grow a biomass. With dry springs, we can’t always finish our crops to grain. By producing the biomass we can at least cut them and salvage a margin,” he said.

“Over a longer period of time the gross margin on oaten hay as part of your rotation can be quite good. There are challenges in doing hay, but when you do it well it can be a very profitable crop.”

Gilmac general manager, Munro Patchett, said his company’s decision to build a new plant at St Arnaud in addition to the Goornong plant was based on the increased production capacity in Victoria over the past five years.

“There was more hay being grown than Goornong could handle, so we decided to put another plant further west so some of those growers could deliver closer. We are contracting now for farmers to grow hay for us,” he said.

Mr Patchett said the international market had been very strong for a number of years with the majority of export hay going to Japan, South Korea, China and Taiwan.

Reflecting the importance of the export fodder market as a diversification option for farmers, BCG extension officer, Alison Frischke, said the BCG was involved in the National Hay Agronomy project in which Agrifutures had invested $22 million to develop agronomic packages to strengthen the product’s position in the export market.

BCG will have an oaten hay trial at a site at Kalkee in 2019 investigating oat varieties and nitrogen management.

Further information: GRDC Update Paper, ‘Hay – How Is It ‘Stacking Up’?’