AGRICULTURE and crop improvement via plant breeding has defined our civilisation since the days when humans turned grass into grain and evolved from hunter-gatherers into farmers. The crop plants we grow and eat today are significantly different from their wild ancestors. Their edible parts are typically much larger, with higher yields, and are much more attractive to the consumers.

Especially during the last 50 years, plant breeding has advanced into a high-tech sector that feeds our modern world. Amid climate change, population growth, and other food challenges, such as malnutrition and food crises, even more must be done to greatly improve agriculture and plant breeding to sustainably meet society’s needs for the future.

I would like to continue on this innovation path in plant breeding and stimulate Europe and European leaders to embrace new genome editing methods for the improvement of our crops for the future.

Today, we are witnessing a breakthrough in science and technology: new genome editing tools allow us to make specific genetic improvements in all organisms, including crop plants. In contrast to the current time-consuming and labour-intensive process of selection of random mutations throughout the entire genome, the use of genome editing is very fast, precise and predictable.

For instance, consider tomato, whose DNA code consists of around one billion GATC letters. In the natural background of the tomato DNA we can now precisely make an unprecedented one letter change without adding any (foreign) DNA. 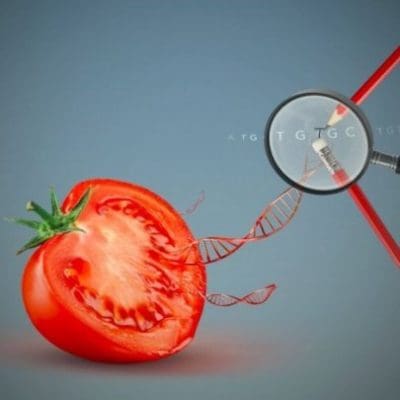 Compared with traditional breeding methods, this manifold increase in precision which genome-editing tools (including CRISPR) allow for, is similar to using a modern-day telescope instead of the naked eye to observe and explore the heavens.

The improvements evoked by genome editing help to give plants desirable characteristics that enhance sustainable food production and better food quality and health in both the developed and developing world.

The European Commission’s scientific advice mechanism has emphasised that through genome editing methods, “the precision and control over changes made is greater than with the use of conventional breeding or established techniques of genetic modification. As a consequence, these new techniques result in fewer unintended effects”.

Yet some powerful voices, including activist environmental NGOs, want to ban this new methodology, and these NGOs spread their often-unsubstantiated opinions about the supposed risks of “unintended effects or unproven safety” resulting from genome editing.

They argue that a plant resulting from a new breeding method should be legally considered the same as a genetically modified plant even when no (foreign) DNA has been inserted into the plant’s genome.

This interpretation would mean that such a plant will be stigmatised as GMO, although it is identical to its conventionally bred sibling. This would practically imply that such crop plants cannot be grown in the EU and can only be imported into the EU after a notoriously long and expensive authorisation process.

This will significantly hinder innovation in Europe and eventually also other parts of the world and inhibits the development of better crops that are very much needed to feed our growing world population in the future.

What we need most urgently now is legal certainty to support innovation in plant breeding in the EU. The EU has gathered evidence for nearly 10 years, which overwhelmingly suggests that according to the existing EU legislation, the use of the new genome editing methods in most cases lead to mutations that also can be found in nature, thereby not resulting in GMOs.

Public institutions and expert organisations from many member states have confirmed that such genome editing techniques are and can be exempted from the EU’s existing GMO legislation. They are merely precise tools of mutagenesis, which is explicitly exempted.

Unfortunately, the Commission has never published the 2012 report from a dedicated member states expert group, nor has it published its own long-awaited legal document in which it intends to interpret the new breeding technologies in light of the existing EU GMO directive.

Meanwhile, anti-technology groups have been actively communicating against genome editing innovations and have initiated a court case at the European Court of Justice to achieve their goal of qualifying edited plants as GMOs.

I would like to see the court take its decision first. Interfering initiatives to try and change the existing EU legislation are not appropriate nor helpful at this stage and would only lead to further delays and uncertainty.

I also welcome the fact that public institutions at EU and national level have provided a lot of information on this complex topic and started to facilitate the debate on innovations in plant breeding and genome editing.

I expect them to forcefully defend science-based innovation, stand up against misinformation rather than only acting as moderators, and take the unmet needs of large numbers of consumers inside and outside the EU for better and healthier crops into account.

Finally, I hope that, in light of the evidence which shows that very precise genome editing holds a highly promising potential to address a range of agricultural and food challenges including climate change, food insecurity and food quality issues, anti-genome editing opponents will have a change of heart. It is time to embrace precision in plant breeding and allow the use of modern technologies, just as we allow the use of telescopes to discover and explore new worlds.

Arjen van Tunen is CEO of KeyGene, a dedicated SME plant biotechnology company with headquarters in Wageningen, the Netherlands. Follow him on twitter @KeyGeneInfo

This article was originally published on the Genetic Literacy Project website and newsletter. Click here for original article.