GRAIN growers in Western Australia are urged to adopt the Scouting Movement’s motto and ‘be prepared’ for the risk of a big year for crop pests and diseases. 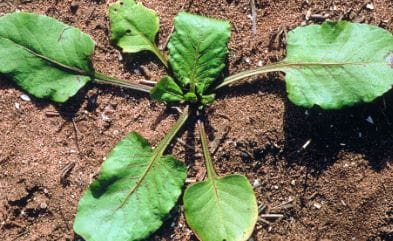 Widespread rainfall throughout the WA grainbelt followed by warm weather has generated weeds and self-sown volunteer plants, which – if left uncontrolled – could create a ‘green bridge’ to harbour pests and diseases.

Department of Agriculture and Food (DAFWA) research officer Geoff Thomas said while it was too early in the season to determine how severe the risk could be, it was better to prepare for the threat.

Mr Thomas said the greatest risk to grain crops was if the green bridge survives through autumn and was still present as new crops emerge.

“Many growers have already been busy spraying weeds to preserve soil moisture and nitrogen levels in their paddocks, reducing the risk of the green bridge,” he said.

“Recent hot weather could also help reduce survival of regrowth and disease inoculum, however, if there is further significant rainfall before the start of the cropping season, they could build up again.

“Given the risk, it would be wise for growers to factor the cost of pest and disease mitigation into their cropping budget.”

Mr Thomas said there was an elevated risk of cereal rusts carrying over into crops this year, particularly barley leaf rust, which was widespread last year.

“A green bridge could encourage early build-up of insect vectors of viruses, which could lead to early infections of Beet western yellow virus in canola and barley yellow dwarf virus and wheat streak mosaic virus in cereals,” he said.

Mr Thomas urged growers to control weeds and volunteer regrowth in paddocks and in other non-cropping areas three to four weeks prior to sowing.

“It is important to control the green vegetation along fencelines and road verges, especially those next to potential cropping paddocks,” he said.

“Greenery around tanks, sheds and troughs also pose a green bridge risk to nearby crops and should be sprayed out.”

“Crop Variety Guides are available for all grains on the department’s website, which document the disease susceptibility for each variety,” he said.

“Growers considering sowing early, due to good sub-soil moisture levels, are reminded to monitor crops for disease as the season progresses, as early sown plants often have greatest exposure to green bridge inoculum.

“These early sown plants will also have greater chance of their crop canopy and crucial grain filling period being exposed to weather conditions favourable for disease.”

Mr Thomas suggested growers plan pest and disease mitigation measures to save time and money and reduce problems as the season unfolds.

“It is worth budgeting for seed dressing, in-furrow or foliar fungicides and insecticides to avoid getting caught out if there is a problem,” he said. “If the risk doesn’t eventuate, then this expenditure can be saved.”

The department will undertake pest and disease surveillance throughout the grainbelt during autumn and into the growing season, as well as wide-ranging research to further understand and mitigate these constraints on production.

Growers can keep up to date with the latest information and advice regarding pests and diseases during the growing season by subscribing to the department’s free PestFax and eWeed publications by visiting agric.wa.gov.au

Reports of pests and diseases can be made via the department’s free MyPestGuide Reporter, Pestfax Map and MyCrop suite of apps.