PRELIMINARY trials across a range of soil types in Western Australia’s West Midlands region have shown that paired row seeding systems resulted in wheat and barley emergence rates as good or better than those achieved from single row seeding systems.

An actual seed depth of 30 to 35 millimetres resulted in the best crop emergence for wheat and barley sown with paired row seeding systems in the trials.

The use of paired row seeding systems is becoming more common on WA grain farms, but knowledge is still limited about their effect on crop emergence in different soil types and under varying seasonal conditions.

Paired row seeding systems place two rows of seed into either side of the wall of the seeding furrow and produce two seed rows for every tyne, effectively narrowing the row spacing and doubling the number of crop rows in the paddock.

Traditional single row seeding systems place the seed in the seeding furrow behind the tyne.

WMG executive officer Nathan Craig said timely crop emergence was a key driver of grain yield in WA and while it was largely influenced by seasonal conditions and the timing of the ‘break’ to the season, seeding equipment could also have a significant impact on crop establishment. 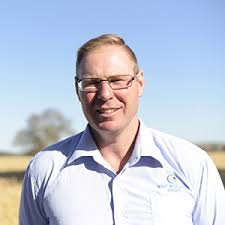 “The aim of the study was to evaluate the emergence of crops using paired and single row seeding across the main soil types commonly found in this region,” he said.

“Eight soil types were evaluated and all the trials were sown using a commonly used Ausplow DBS (deep blade system).

“The treatments were sown around May 12 using grower equipment and the airseeder had a number of paired and single row seeding tools attached next to each other.

Mr Craig said significant rainfall was not received until the season ‘break’ on May 25 when about 45 millimetres fell across four days at all sites.

“Strong winds also occurred at this time, leading to widespread wind erosion and soil being blown into the seeding furrows, increasing the actual depth to which some of the seed was buried,” he said.

“More rain was received from June 5 – 22mm over three days.”

“Increased crop emergence with paired row seeding was most evident in the lighter white and yellow sand soil types, but there was also better crop emergence on the sandy gravel, heavy gravel and heavy clay soil types.

“There was no difference between paired and single row seeding for crop establishment on the loam clay, non-wetting gravel or sandy loam soil types.”

Mr Craig said the trials also showed that an actual seed depth of 30 to 35mm (which could be different to the target depth at seeding) resulted in the best crop emergence for the paired row seeding system plots.

“Crop emergence was reduced at shallower depths of between 10 to 30mm, and paired row seeding tended to have similar crop emergence rates as those achieved from single row seeding,” he said.

Mr Craig said reduced crop emergence at the shallow seeding depths could have been due to herbicide damage following heavy rainfall and wind erosion at the break of the season, although chemical concentration in the soil was not measured in the study.

The trials were conducted by the WMG in 2018 as part of the Grains Research and Development Corporation (GRDC) investment ‘Improving crop emergence through the better use of seeding technologies’ and will continue in 2019 using additional types of machinery and on additional soil types.

More information about the trial is available on ‘The Knowledge Hub’ section of the WMG website.