A NEW research project is under way to give Western Australian growers a better understanding of the conditions and soil types under which nitrogen is carried over from one season to the next.

Last year’s favourable seasonal conditions early in the growing season led to above average yield potential across much of the state, including the Geraldton and Kwinana East Port Zones.

In September, unfavourable weather events such as frost and extreme heat impacted crops across these two port zones and reduced yield potential.

These weather events had a significant impact on grain yield, with some paddocks yielding less than 500 kilograms per hectare.

WA-based agtech company, Laconik, is conducting 40 farm-scale trials across these regions to determine if nitrogen applied to crops in 2021 has carried over into 2022 to have a positive impact on grain yield.

Laconik managing director Darren Hughes said that the investment is timely given the high cost of fertiliser this year.

“WA has had a good start to the season and yield potentials are high, so for growers making those in-season N decisions it will be a question of ‘do I have enough N stored in the ground from 2021’ or ‘do I go out and purchase more’,” Mr Hughes said.

“Results may help growers manage N decisions when they’ve suffered a frost, or at least be aware of the impact of N decision on frosted crops.

“Importantly, it will reveal whether they can they rely on N that’s been applied to frosted or heat stressed crops to deliver benefits the following year.” 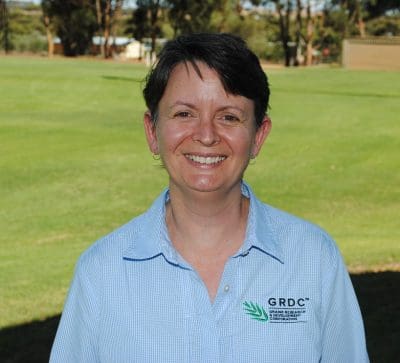 The study was made possible thanks to an investment from the Grains Research and Development Corporation (GRDC).

GRDC grower relations manager – west Jo Wheeler said that GRDC continues to work with research partners on a range of extension investments that arise from grower input and consultation.

“After last season’s unexpected drying off in the north and frost in the Kwinana East zone, many growers wanted to better understand the ability of their soils to hang onto leftover N they had applied to crops. For some growers, these unfavourable weather events came after record N inputs for the season,” Ms Wheeler said.

“While the project is being conducted in the Geraldton and Kwinana East zones, the issue of carryover N on frost or stressed crops is just as important to growers and agronomists in the Kwinana West, Albany, and Esperance port zones.”

In-season field walks are planned for later this year, with project results anticipated to be available in early 2023.