ALLELOPATHY – the inbuilt capacity of plants to put out chemicals to knock out competitor weeds – has great potential to reduce herbicide dependence and help stave off the ongoing rise in herbicide-resistant weeds. 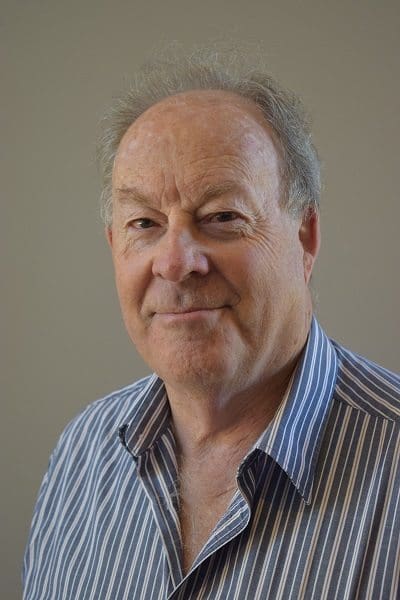 But, despite the prospect of providing the farming sector with an additional tool in the fight against herbicide resistance, research to develop allelopathy’s potential is being held back by a lack of funding and investment, according to Charles Sturt University Emeritus Professor Jim Pratley, Wagga Wagga, NSW.

Professor Pratley said researchers had conducted initial screening and trait-marker identification for allelopathic characteristics in a range of crop varieties.

But, there was a long way to go before that could be translated into effective varieties and strategies that farmers could adopt to help manage resistance.

With resistance to herbicides rising rapidly, urgent action was needed to develop counter-measures such as allelopathy.

“Funds are really scarce, so it is taking forever. The rate of progress is slow because we just don’t have the funds to do it,” he said.

“We thought seed companies and the GRDC would be interested in this, but the problem is they are tied into a business plan that is about utilising herbicides, such as stacking of traits on varieties. Our work cuts across that.

“Down the track when the traits they are stacking don’t work anymore, which is not far away, what have we got? Do we have to go back to the plough? I hope not.” Canola crops showing a good (left) and a poor (right) self–weeding variety side by side. The crops had no selective herbicides or any post sowing herbicides – the different weed levels are just from the plant effect.

Professor Pratley said the adoption of allelopathic strategies didn’t mean herbicides could be dispensed with altogether, but it did mean farmers could reduce the dependence on herbicides and make them last longer.

“I am really worried. If you look at the data on the increase in herbicide resistance, there is no sign of it abating in any species. We have more and more species showing up as resistant,” he said.

“In annual ryegrass there are 17 or 18 chemicals, and 11 or 12 of those have some level of resistance. The ones that are left are ones you really don’t want to have as mainstream herbicides. It is not a pretty picture.

“Our agenda is to try to come up with an option that doesn’t replace herbicides, but reduces the pressure on the existing herbicides that we need to maintain.”

Professor Pratley said researchers had been looking at the allelopathic potential of a range of crops over the years, and in more recent times had been focussing on canola.

“We have been able to show good results with canola against annual ryegrass, which is the main weed we are considering because it is the one with the most herbicide resistance across a wide range of (herbicide) modes of action. We have a couple of canola varieties that almost do a glyphosate effect,” he said.

“Once we know that, the opportunity is there for identifying the markers for that trait, then incorporating those markers into new varieties that have agronomic potential.” Potential in all crops

Professor Pratley said allelopathy was a characteristic that could be found across a range of crops.

“Barley was one of the first crops that was looked at. We know barley has an allelopathic effect, it’s just that nothing has been done to carry that through to particular varieties. It is a phenomenon that is sitting there, but nobody has taken it up,” he said.

“We know that sorghum puts out a compound called sorgoleone that has been developed into herbicides.

“We know that wheat has this capability. We know it is genetically controlled and there is a wide variation in allelopathic capability in wheat varieties. Again, we got it to a certain point and ran out of money, so it was never brought to fruition.

“I don’t think it matters too much which species you look at. If you look at the range of varieties, as long as there is good variability in the germplasm, we ought to be able to find varieties that have this capability.”

Professor Pratley said the research had also extended into looking at the compatibility of plants based on their allelopathic interactions and the impact that had on production potential.

“Again, we have used annual ryegrass in a pasture situation with lucerne and some annual legumes.  We have found that allelopathy is alive and well there too,” he said.

“There are negative impacts on root growth of lucerne, depending on the variety. More disturbingly, in some varieties it actually stops nodulation. So, if we are growing legumes we want nitrification to occur. If the companion plants are interfering with the nodulation we are losing the advantage.

“The work is in the early stages, but the idea will be to screen for varieties that are more tolerant to the impact of weeds and other species. We should be able to get much better productivity and sustainability out of matching varieties of different species.”