Temperature affects the absorption, translocation and metabolic degradation of herbicides applied to plants. 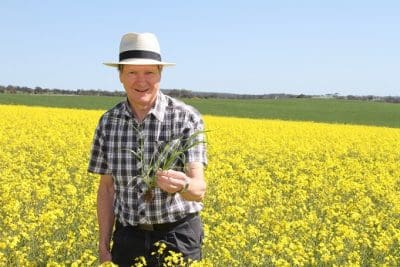 Dr Chris Preston suggests testing whole plants rather than seed for responses to a range of post-emergent herbicides. The Quick-Test is conducted in the same growing season as herbicide will be applied so the testing will occur under similar conditions to field conditions.

Herbicides applied under the wrong conditions can appear to fail, however the reason may not be herbicide resistance.

The University of Adelaide associate professor, weed management, Chris Preston, said most herbicides had a temperature range at which they were most effective in controlling target weeds.

“Applying herbicides outside the optimal temperature range is likely to contribute to a spray failure, even in susceptible populations,” he said.

“Alternatively, applying herbicides within the correct temperature range can improve the control in populations known to have a level of resistance to that herbicide.”

Dr Preston said the effect of frost on the efficacy of clethodim was a striking example.

Spraying clethodim in non-frosty conditions achieves vastly better results than spraying after three days of frost, even on populations that are resistant to this chemical mode of action.

“Combining the optimal temperature with optimal weed size will give the best results possible,” he said.

“The current common practice of applying clethodim to tillered ryegrass in the coldest months is not making the best use of this herbicide.”

However, weeds that are resistant to paraquat become less resistant in warmer temperatures.

“The other implication of this research is the effect of ambient temperature on herbicide test results,” Dr Preston said.

“Seed collected in winter and grown out in the glasshouse in summer will be tested for resistance in conditions that are not representative of field conditions when growers are next treating that weed species. The Quick-Test using whole plants overcomes this problem and improves the reliability of herbicide susceptibility testing.”

How can I get the best performance out of clethodim?

Longer answer: Twice as much clethodim is required to kill susceptible annual ryegrass if the product is applied after three days of frost. Even higher rates are required if the plants have resistance to clethodim. 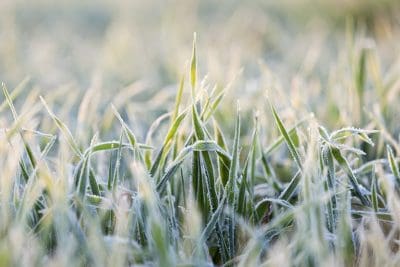 Twice as much clethodim is required to kill susceptible annual ryegrass if the product is applied after three days of frost. Even higher rates are required if the plants have resistance to clethodim.

Planning to apply clethodim for grass control outside the coldest months of June and July, and avoiding night spraying in winter, will see better results in both resistant and susceptible populations, particularly in tillered plants. Clethodim is most active when temperatures are over 20 degrees Celsius.

Weed seed that is tested during summer may return false negative results, which could translate into spray failure in the field the next season.

When it is it too hot for glyphosate?

Short answer: Efficacy is much better at 20 degrees C than at 30 degrees C.

Longer answer: Spraying glyphosate resistant barnyard grass at lower temperatures is more effective than under hotter conditions. If barnyard grass is tested for herbicide resistance during the cooler parts of the year it may appear susceptible to the field rate of glyphosate but then when this rate is applied to the population in summer there may be many survivors.

When glyphosate is taken up rapidly it tends to limit its own translocation, which can mean that although symptoms may appear more rapidly in warmer temperatures, plant kill is less reliable.

Which herbicide resistance test should I use?

The Quick-Test is available through Plant Science Consulting and results are normally available after four weeks.

Ask your questions about the effect of temperature and frost on the management of herbicide resistant weeds on the WeedSmart Innovations Facebook page WeedSmartAU, Twitter @WeedSmartAU or the WeedSmart website http://www.weedsmart.org.au/category/ask-a-weedsmart-expert/