Weighing up the economics of controlled traffic systems

THE costs of adopting Controlled Traffic Farming (CTF) systems are often lower than growers expect, but the benefits are varied in scope and scale. 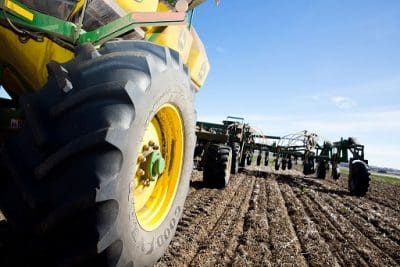 The perceived costs of moving to a CTF system can be seen by growers as a barrier to adoption. (Photo: GRDC)

However, a CTF system does not need to be perfect to gain benefits of soil compaction management.

These are findings of Department of Agriculture and Fisheries Queensland (DAF) economist, James Hagan, who recently addressed the National Controlled Traffic Farming Conference in Perth.

Mr Hagan said the unclear costs and benefits of CTF adoption were one reason for the variability in CTF adoption rates across Australia.

He said broadacre cropping businesses were now using machinery capable of causing compaction at depths of 30 centimetres or deeper but CTF systems provided a way to manage this.

“Trials by the then Department of Agriculture and Food Western Australia (DAFWA) in the early 2000s across a variety of soil types in WA found traffic yield penalties ranging from 15 per cent (0.5 tonnes per hectare) to almost 50 per cent (1.8t/ha) in a single season,” Mr Hagan said.

“The costs of moving to CTF are often seen as a barrier to adoption. However, case studies of growers who have adopted this system show the initial cost is typically less than $50,000, with benefits greatly exceeding this.

“Machinery replacement is an ongoing activity for any business, and it is misleading to attribute all machinery capital costs against the CTF system.”

On the other hand, Mr Hagan said it was possible for CTF to have considerable opportunity costs. 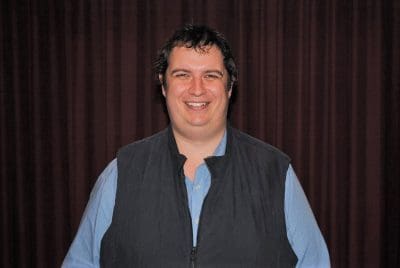 Department of Agriculture and Fisheries Queensland (DAF) economist, James Hagan, says a CTF system does not need to be perfect to gain benefits of soil compaction management. (Photo: GRDC)

“Timeliness remains key in farming operations, and while small trade-offs may be worthwhile, significant delays are likely to overwhelm any other observable effect,” he said.

“For example, reducing the machinery seeding width from 13.7 metres to 12m – as part of machinery conversions to a commonly used 3:1, 12m CTF system – could cost about $14,000 annually due to seeding delays.”

However, Mr Hagan said compromises existed which allowed farms to reduce the percentage of their paddocks which were trafficked while also allowing them to make use of wide scale machinery.

Mr Hagan said the benefits of adopting CTF would vary by soil type; rainfall; potential yields; cropping enterprise size; and the difference between the percentage of farm which was trafficked – with and without system adoption.

“It is typical for growers to report a 20-30 per cent reduction in fuel use as firm tramlines improve traction and, while yield benefits may vary by season and location, they have been definitively measured across Australia’s cropping regions,” he said.

The principle of CTF is to create permanent wheel tracks, commonly called tramlines by Western Australian growers, which are clearly separated from the crop zone. The key aim is to reduce compaction and improve soil conditions in the crop root zone to encourage root growth and increase the uptake of soil moisture – to improve grain yields and quality.

Mr Hagan’s research resulted from investments by the GRDC and DAF, along with previous research conducted by organisations including the Department of Primary Industries and Regional Development (DPIRD) – formerly the Department of Agriculture and Food (DAFWA).