Weighing up the economics of nitrogen fertiliser

THE INEFFICIENT or incorrect use of fertiliser can be a substantial cost in the cropping operation. Growers need to be clear about planned products, application rates and timing to optimise returns from expenditure – while being flexible enough to take advantage of changing season conditions. 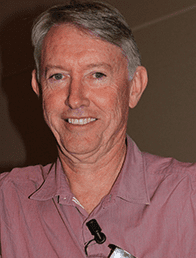 The application rate for nitrogen (N) depends on the crop, soil, weather and rotation, but is essentially an economic decision, according to The University of Western Australia’s School of Agriculture and Environment’s WA-based researcher Professor David Pannell.

Professor Pannell said unless N fertiliser was obtained for free, the most profitable N rate was less than the amount that maximised expected grain yields.

Professor Pannell’s studies show the best N rate depends on the balance between revenue and fertiliser costs. This depends on a range of factors, including:

As N rate increases, the crop revenue increases because yield increases (up to a point) and grain price may increase (due to protein) – but so does the cost of fertiliser applied. This is assuming that N is the only limiting factor to increased yield.

Professor Pannell said when combining revenue and cost into a ‘payoff function’, there would be an N rate that maximised profit.

Professor Pannell said the ‘payoff function’ for N was typically very flat, either side of the optimal N rate. This meant that there was a wide range of fertiliser rates that were only slightly less profitable than the profit-maximising rate.

He said, given this, there was little economic incentive for growers to precisely achieve the economically-optimal level of N application.

“If they are using too much or too little – for whatever reason – they can often continue to do so without sacrificing much profit,” he said.

Flat ‘payoff function’ for N also means there may be little profit to be gained from precision agriculture technologies that adjust N rates.

But Professor Pannell said price premiums for protein (in wheat) added some nuances to the flat ‘payoff function’ story.

He said the effect depended on the N application rate needed to get the grain protein above the threshold for the premium to kick-in. If that N rate was relatively low, protein premiums ‘steepen-up’ the left side of the ‘payoff function’, making under-fertilisation costlier.

If the threshold N rate was relatively high, protein premiums can make the ‘payoff function’ flat over an even wider range.

Professor Pannell said there was scope for growers and advisers to make more use of fertiliser decision-making tools, but recommended ensuring the tool being used accounted well for the economics.