AWARENESS is increasing about the damage off-target spraying, or spray drift, can do to grower’s crops and those of their neighbours – sometimes many kilometres away.

A community in western New South Wales (NSW) has decided to act and the steps they have taken appear to have reduced the incidences of spray drift in the region.

Grain Orana Alliance (GOA) chief executive officer Maurie Street is one of the convenors of the group that was formed following reports of local spray drift damage to crops in the summer of 2017-18. 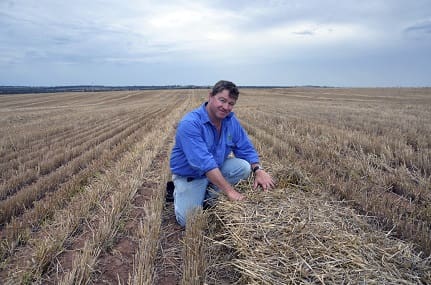 “The group started after conversations between concerned people in the industry, including leading agronomists in the Macquarie Valley,” Mr Street said.

“We wanted to understand what was driving the problem and, ultimately, to achieve change so there were fewer cases of spray drift.

“One of the biggest issues we identified was spraying in inappropriate weather conditions and particularly during surface temperature inversions.”

“We put on some beer and sausages and got experts to come in and provide simple and clear messaging – particularly about the implications of spraying at night and during inversions – which is believed to be a leading cause of off-target spray drift,” he said.

“Five meetings were held and were attended by a total of more than 500 growers, applicators and advisers, which was a fantastic result.

“The success of these events is a good sign that, as an industry, we are concerned about the issue of spray drift and genuinely want to understand what’s driving it and what’s at stake, and that we are keen to achieve better outcomes.”

Other initiatives run by the group in 2018 included agronomist training on spray rig set-up and application parameters; a spray technology field day; and surveys.

“These activities have been rolled out as part of a strategic plan, put together by SOS Macquarie Valley, detailing a number of short, medium and long-term goals the group identified as important to achieving better spray outcomes in the Macquarie Valley,” Mr Street said.

“The strategic plan was a product of a lot of consultation and review by a number of industry stakeholders.

“SOS Macquarie Valley has achieved a lot of good things, but those involved all agree there is more work to be done and we are keen to continue to help educate people in our region to achieve better spray outcomes.”

Mr Street said the successes of the group had only been possible through the support of local resellers, chemical companies and the NSW Environment Protection Agency (EPA).