A WET spring and high-yielding 2016 cropping season in southern Australia has presented southern cropping farmers with a new set of challenges for the coming season. 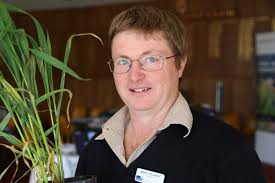 Careful management of summer weeds, soil nutrients, diseases and pests will be required over the coming months to ensure yield and profit potential is not compromised.

Growers are being warned to act now to counter the high disease loads on heavy stubbles and from crop regrowth after summer storms.

“Disease pressures in Victoria’s 2016 cereal crops were high during the wettest spring in 25 years,” he said.

“Yellow leaf spot in wheat, which favours damp conditions, was widespread and severe, with 20 per cent losses in susceptible variety trials. Resistant varieties reported less than six per cent losses.”

Similar losses were recorded from Spot form of net blotch in barley.

Dr Hollaway said rusts were prevalent in wheat, although development was slowed by the cooler spring conditions.

“Cereal diseases will need active management this season following carry-over of high levels of inoculum on stubble and the green bridge after last year’s wet conditions,” he said.

He urged growers to consider:

Dr Hollaway said septoria had continued to be important in high rainfall zones, with surveys last year showing it is now also present at low levels, in the Wimmera.

“A PreDicta B test prior to planting will identify paddocks at risk to enable appropriate management to be implemented,” he said.

Dr Hollaway also encouraged growers to manage the risks for bunts and smuts.

“Seed should be treated every year as bunt and smut can increase rapidly, resulting in unsaleable grain,” he said. 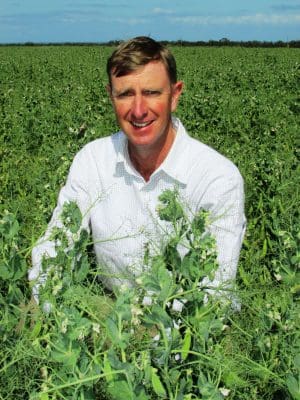 “Following heavy rainfall in 2016 and over the past month or so, control of summer weeds which rob the soil of moisture and nutrients will be an extremely important requirement,” Mr Pengilley said.

“Summer weeds and volunteer cereals also harbour insect pests and diseases, so eliminating that green bridge will be a fundamental task.

“And with 2016’s high-yielding crops creating an abundance of food supply, mice will be another potential issue at the forefront of everyone’s minds.

“Slugs and snails in high rainfall areas could again be a problem this year, and decisions will need to be made around best management of heavy stubble loads.”

Mr Pengilley said 2016 had underlined the importance of creating adaptable farming systems – those that were able to withstand the challenges associated with extreme weather conditions and environmental and biological pressures such as the incursion of Russian wheat aphid which was detected for the first time in Australia in SA’s Mid North last year.