What is the future of chemical use in Australian agriculture? AGRICULTURAL chemical use will come under increasing challenge from a range of quarters, including climate change, rising pesticide resistance levels, more stringent constraints on residues and closer scrutiny by consumers. 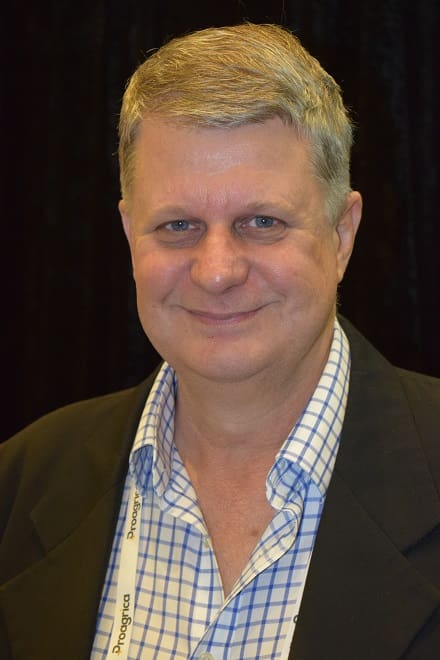 Speaking at the 2019 Australian Summer Grains Conference on the Gold Coast, Independent Consultants Australia Network (ICAN) consultant, Mark Congreve, said there were a number of emerging pressures shaping the future of chemical use on Australian farms.

Mr Congreve said climate change would have one of the more significant impacts.

“We will see faster insect life cycles that will impact on insecticide control,” he said.

“Drier conditions will make it more difficult for herbicides to work. Moisture stress is a limiting factor with a lot of herbicides.

“With temperature change, with a weed like barnyard grass, if we go from a 20-25-degree temperature regime to 30-35 degrees you will need about 2.5 times the amount of glyphosate to do the same job on the same weed. It is all about how difficult it is for water-based herbicides like glyphosate to be effective in hotter, drier conditions.”

Mr Congreve said farmers would need to balance the “push-pull” effects of, on one hand, pushing for more efficiency and, on the other, maintaining the quality of spray applications.

“As farms get bigger, we try to do more things with faster tractors. Thirty years ago you couldn’t drive across a cultivated paddock at 30 kilometres/hour with your spray rig. Now we are quite capable of doing that while we sit in the cab tweeting on social media and watching videos,” he said.

“That will all impact on how products are used in the future in the chemical space.”

Mr Congreve said insecticide and herbicide resistance was becoming an issue that farmers would increasingly need to deal with.

“We have got on top of heliothis problems in cotton crops with a much more programmed approach with IPM and Bt cotton. But the big one that is impacting on northern farming systems now is herbicide resistance, in particularly glyphosate resistance,” he said.

Mr Congreve said on-farm spraying systems of the future would become more automated and be very different to the way chemicals were being applied today.

“We have a lot of technology now. What we haven’t done is integrate it into one system,” he said.

“We have autonomous tractors working in paddocks now and every manufacturer has a development program on the way. They will become more prevalent.

“I can see them fitted with on-board weather stations which are deciding when they will start up and when they will close down, particularly from a spraying point of view.”

Mr Congreve said the focus of automation would be on camera-based weed identification systems.

“There is the Weedseeker-type spraying ‘green on brown’ weeds in fallows using infra-red cameras to detect where the green material is and turn on the sprays,” he said.

“It is all there now. It is just a matter of putting it all together.” Mr Congreve said the issue of chemical residues on crops at harvest would increasingly shape agricultural policies and was something farmers needed to pay greater attention to. It wasn’t simply a matter of following the label.

“If growers apply the herbicide according to label they think the product is safe to sell into any market they want. But if you are a consumer you might not necessarily be concerned about it being a safe level, you may want zero residue,” he said.

“The issue we have with consumers is that residue testing is so much easier and cheaper now. It wasn’t that long ago we were measuring residues in parts per million; we are now down to parts per billion in a lot of situations.

“On eBay I found you can even get a DIY pesticide residue testing kit for $800 delivered to you. We are going to see people having much more ability to do this sort of thing.

“There are even devices you can stick into your vegetables as you are preparing them and it will send off alarms if they detect a certain level of residues. Consumer-driven residue testing is going to be part of the future.

“Customers buying your produce are already implementing standards over and above what the labels say for our products. They will continue to add their particular constraints.”

“Our labels dictate that the product, when used in accordance with the label, won’t exceed the Australian MRL. That may be very different to an international market where we are trying to export the produce to,” he said.

“The issue arises when the importing country has a lower MRL than Australia, or has no MRL because they have withdrawn a product from use in their country. In that situation our product exported to that country has to have no detectable residues.”

The future of glyphosate?

Mr Congreve said glyphosate would increasingly come under challenge in the courts with three or four cases already completed in the United States over claims that the herbicide caused cancer.

“All found against Monsanto/Bayer and compensation has been awarded. They may go to appeal. Monsanto/Bayer are on record as saying they are aware of 13,000 more cases which have already been initiated against them,” he said.

“Last month the first Australian case started and has gone to court in Victoria.

“There are also a number of councils reviewing their positions over whether they support the use of glyphosate. You will see more happening in that space.”

Mr Congreve urged farmers to be more proactive in shaping public perception about chemical use, which was currently driven by outlying forces in the media and on social media.

“I implore you to get out there and document and communicate the wins we have had. There are some great stories to tell,” he said.

“What we have done with Helicoverpa management in our northern summer crop farming system is a great story to tell. We know it as growers, but it is very difficult when it comes to trying to communicate that to the public.

“With herbicide use in fallows, where we have come from with optical sprayers, the advantage of double knocks, the drift reduction policies we are putting in place, is an ongoing story and a story that needs to be told.