What would be the consequences of a glyphosate ban in Australia? A HYPOTHETICAL: What would be the consequences for Australian agriculture if glyphosate was suddenly banned for use here?

There is no suggestion that is likely, with Australia’s chemical regulator going to strong lengths amid anti-glyphosate headlines in recent weeks to clarify there are no scientific grounds to support a ban.

Calls for the widely used herbicide to be prohibited from use gathered momentum earlier this month when a Brazilian judge suspended use of glyphosate for 30 days pending a toxicology re-evaluation, and a Californian jury reached a verdict that glyphosate had caused the terminal cancer of an American man.

Amidst the controversy the APVMA has issued public defence of glyphosate to demonstrate the number of ‘weight-of-evidence’ studies conducted by various expert international bodies and regulatory agencies that have concluded glyphosate is safe to use.

Numerous studies in Europe, Canada, the US, NZ and here have repeatedly resulted in rulings that glyphosate can continue to be used safely according to label directions, and that glyphosate is unlikely to pose a carcinogenic risk to humans from exposure through the diet (see a summary of these studies as listed by the APVMA on is website).

A primary trigger of the campaigns against glyphosate was a 2015 decision by the International Agency for Research on Cancer (IARC) to categorise glyphosate as ‘probably carcinogenic to humans’.

While this would appear to be a damning classification, the APVMA says the IARC’s assessment must be considered in context.

The regulatory agency says the IARC’s approach looked only at the ‘intrinsic toxicity potential’ or ‘hazard’ of a product as a potential cancer-causing agent. It did not consider how the risks of using the product can be managed in actual use situations and did not assess the risk of glyphosate causing cancer when used according to label instructions.

The credibility of the IARC’s assessment has also taken a hit after it was reported that the body “dismissed and edited findings” from a draft of its review that “were at odds with its final conclusion that the chemical probably causes cancer”.

Consistent with the approaches of chemical regulatory agencies in other countries, the APVMA uses risk-based ‘weight-of-evidence’ assessments. In contrast to the IARC, this approach considers the full range of risks, including studies of cancer risks, and how human exposure can be minimised through instructions for use and safety directions.

Like other international regulators, the APVMA has ruled that all glyphosate products registered here are safe to use, provided they are used as per the label instructions.

Commentators have pointed out that it is a case of “the dose makes the poison” – a basic principle of toxicology credited to a 15th century Swiss physician who coined the maxim “All things are poison, and nothing is without poison, the dosage alone makes it so a thing is not a poison.”

Despite reports to the contrary, no international regulator has actually banned the use of glyphosate following the IARC re-classification, the APVMA says.

The exception is Brazil, where a federal judge made a ruling that new products containing the chemical could not be registered in the country and existing registrations would be suspended within the next 30 days, until the government re-evaluates their toxicology. This ruling was made by a Brazilian federal court, not the Brazilian Health Regulatory Agency Anvisa, or the Agriculture Ministry, responsible for registration of agrochemicals.

What would a ban mean in Australia?

In Australia groups such as Greenpeace are leading calls for glyphosate to be banned in the wake of the IARC’s 2015 decision and the recent developments in Brazil and California.

If that wish were granted, what would be the consequences for Australian agriculture?

They may not be as compatible with Greenpeace’s stated aim of “protecting and conserving the environment” as its supporters may believe.

Feedback from agricultural scientists indicates the immediate impacts would be a turn back to stronger chemical controls; more burning of fuel to prepare ground for planting crops; more soil erosion and more deforestation to create the cropping land required to grow a growing population’s food needs. 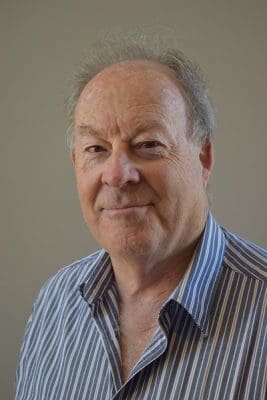 “If we don’t have glyphosate, then clearly we have to use other options, and the chemical options we have available to us will not be as safe as glyphosate,” Professor Jim Pratley from Charles Sturt University told Grain Central.

“The second scenario would be a return to cultivation. Those of us who were around back in the 1970s and 80s when there were massive dust storms and soil degradation know that cultivation is unsustainable.

Food security would also be put at risk, with the world needing more land and more deforestation to produce the same amount of food it can with glyphosate.

“You have to realise that glyphosate is a fundamental part of GM technology,” he said.

“There are something like 180 million hectares of GM crops around the world which are dependent on glyphosate.

“This will just wipe out GM technology as we know it today and the people who will suffer the most are the developing countries where GM has been a lifesaver.

“The people who are behind this, I hope they have a conscience because they are already responsible for about half a million kids a year going blind by not allowing golden rice to be sown in countries where Vitamin A deficiency is a big problem.”

Dr Pratley said glyphosate has been used for well over 40 years without any epidemic of people falling ill from using it.

“If it were a cancer-causing agent you would expect there would be an epidemic of cancer in the farming population and in a lot of the urban population where it is a popular herbicide for garden weed control.” 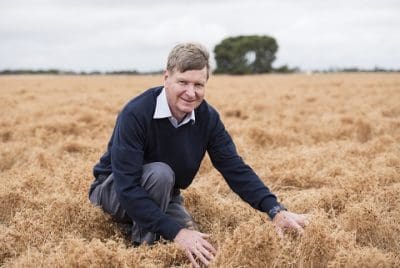 “For example, while glyphosate may be used 3 or 4 times a year, steaming would need to be done every few weeks. There would be a lot of other impacts, but these are a few examples.”

Of more concern to Australian farmers, he said, would be if glyphosate were to be banned in Europe or another of Australia’s major grain export markets.

“That would significantly alter glyphosate use patterns here,” he said.