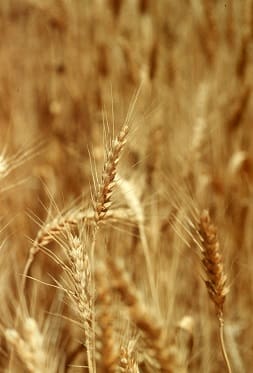 The latest Rural Commodities Wrap shows that while there had been falls in the livestock sector, cropping had seen generally very good results price wise.

“Overall, wheat prices in July were up a further 10.8 per cent, after rising 8.2 per cent the previous month,” he said.

“Prices for most coarse grains have seen a strong jump, following wheat amid global concerns combined with domestic supply uncertainty.”

NAB’s wheat production forecast for the 2017-18 crop has now been revised slightly downwards from 23.3 to 22.7 million tonnes, based on rainfall to date.

“This outlook assumes average rainfall for the rest of the season. If rainfall continues to be below average a much smaller crop, potentially in the very low twenties or high teens is well within the realms of possibility,” Mr Ziebell said.

“Concerns about the state of the winter crop are growing in many parts of the country, with parts of Western Australia, South Australia and New South Wales the worst affected.

“However, rain over the last week has boosted sentiment somewhat. There is likely to be a premium for domestic wheat in the coming months as livestock producers scramble for feed.”

Mr Ziebell said the Index for beef had fallen for the third month in a row, down a further six per cent in July.

“Cattle prices have weakened further on the back of widespread dry conditions and very high slaughter numbers, particularly in Queensland where slaughter is up 20 per cent, while the index for lamb prices weakened by nine per cent,” he said.

Mr Ziebell said the outlook for agriculture in the coming year was highly dependent on the course of the Australian dollar.

“The Australian dollar has surprised on the upside of late. Although we still expect it to fall to US70 cents at the end of 2017 there are clearly risks to this outlook and any upside will adversely affect many local agricultural commodity prices,” he said.

“The Bureau of Meteorology’s three-month outlooks have been forecasting well below average rainfall for a large part of southern Australia for most of 2017,” he said.

“While the actuals outperformed the forecasts in many areas across autumn, winter has been much closer to the outlook as poor seasonal conditions bite.”