Why look for summer weeds in spring? 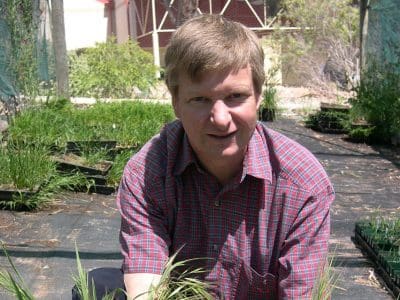 SOWTHISTLE, windmill grass and feathertop Rhodes grass are problematic weeds for grain growers across Australia. All three are known to evolve resistance to glyphosate, the mainstay herbicide in no-till farming.

These three weeds have several key biological traits in common that make them difficult to control, particularly once the winter crops have been harvested and these weeds have uninhibited access to whatever soil moisture and nutrients are available over summer.

Glyphosate Sustainability Working Group chair, Chris Preston, Adelaide, said these three weeds had some natural tolerance of glyphosate, particularly once they had some size, and some populations had been identified that were resistant to robust rates, even when applied to small, actively growing plants.

“All three species respond to warming temperatures in spring and can germinate late in-crop where they are difficult to control with herbicides,” he said.

“Windmill grass is a short-lived perennial that can regrow from the crown, giving it a distinct advantage when soil moisture is limited.”

“Another trait that these species share is the short period of seed dormancy. This means that seed will germinate almost immediately after rainfall events in spring once the soil has started to warm and, once established, these plants are also very tolerant of heat and moisture stress.

“Sowthistle can also germinate in autumn but these populations are easier to control as part of the seeding operation.” 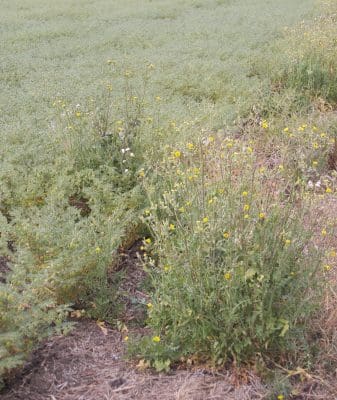 Large sowthistle plants produce huge quantities of air-borne seed but the seed does not persist for long, giving growers the opportunity to intensively manage incursions and non-crop areas to keep weed numbers low.

Why is sowthistle more of a problem in some years than others?

Short answer: Sowthistle seed does not persist in the soil for very long. More rainfall over spring and summer leads to larger populations.

If these summer weeds are so hard to control with herbicides, what options do growers have?

Short answer: Herbicides can still play a part but applications need to be well-timed and survivors removed.

Longer answer: The key to control lies in preventing emergence to run down the seed bank. These weeds are not great candidates for harvest weed seed collection even though they are often present at harvest, because the seed is light and easily spread on the wind. They generally don’t perform well in competitive situations so they often become prolific in non-cropped areas like roadsides and fencelines. Avoid spraying these areas with glyphosate alone whenever possible and use non-herbicide options like slashing, pasture and hay making to prevent seed set.

Are feathertop Rhodes and windmill grass really a problem outside the northern region?

Short answer: Feathertop Rhodes and windmill grass are closely related C4 species, which means they grow rapidly in warm, sunny conditions, so they are prevalent in the northern region. However, they are found on roadsides all over Australia – representing a considerable risk in all regions.

Longer answer: These two grasses produce seed that does not persist in the soil for very long, in fact all the viable seed shed germinates the following spring and summer. Like sowthistle, these grasses prefer to have no competition. Feathertop Rhodes incursions often begin in a patch around a mature plant and experience in the northern region suggests that intensive patch management is effective and worthwhile. The most effective control is a double knock strategy of glyphosate plus a Group A herbicide, followed by paraquat. As Group A herbicides are prone to resistance, use of Group A herbicide must be followed with a robust second knock.

Chris Preston is with the Australian Glyphosate Sustainability Working Group