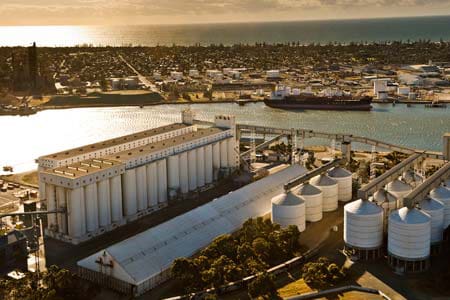 Viterra applied to be exempt from parts 3 to 6 of the code at all six of its South Australian port terminals; the ACCC’s draft determinations do not propose to exempt the company’s Port Lincoln, Wallaroo, Port Giles, and Thevenard facilities.

“The draft determinations for Inner Harbour and Outer Harbor were finely balanced but after looking at the South Australian grains market in detail, we were satisfied that Viterra’s Port Adelaide terminals face a level of competition.”

“We don’t believe that Viterra’s port terminal facilities around the Yorke Peninsula and Eyre Peninsula face sufficient competition to support exemptions at this time, though the ACCC will continue to closely monitor developments in the South Australian market.”

Over the past six years, 68 per cent of all grain grown in South Australia, and 94pc of all bulk grain exports, have been exported through Viterra’s port terminal facilities.

If the ACCC grants a final exemption for Inner Harbour and Outer Harbor, the lower level of regulation will include Viterra no longer being subject to the code’s non-discrimination requirements and dispute resolution processes.

The company will also not require ACCC approval of capacity-allocation systems, and no longer be required to publish certain information about expected capacity or bulk grain stocks held at these port terminals.

“The code exists to ensure that bulk wheat exporters have fair and transparent access to terminal facilities,” Mr Keogh said.

“Because the level of competition in port services varies significantly between regions, we take a balanced approach and are comfortable reducing regulation in places where multiple service providers are operating.”

“We rely on industry input to assist our decision making and given these are draft determinations, we welcome the views of stakeholders including growers, traders, exporters and infrastructure operators up until 3 November.”

Submissions can be made at Viterra wheat port exemption assessment.

The ACCC will make its final determinations after submissions have been considered.

The Port Terminal Access (Bulk Wheat) Code of Conduct commenced in 2014 and regulates port terminal service providers to ensure that exporters of bulk wheat have fair and transparent access to port terminal facilities.

The ACCC has recently exempted a number of South Australian service providers. More information about the code and exemptions is available at Wheat export projects.