BACK-TO-BACK bumper Australian crops with another one coming made supply chains a hot topic of discussion in and outside sessions at this year’s Australian Grains Industry Conference (AGIC).

Held in Melbourne last week, the two-day event heard about the challenges facing Ukraine as the major international issue, and inefficiencies in the south-eastern Australian rail network as the big domestic issue.

In Thursday’s Australian Market Outlook session, and ahead of the first shipment this week of corn to leave Odesa since the Russian invasion, CHS Broadbent general manager Sam Batters said the supply chain in Ukraine was the big variable.

“Pricewise, I have to say it’s really around the here and now in the Ukraine and in the export corridor,” Mr Batters said.

“Clearly it’s an incredibly volatile situation at the moment…and whether wheat and corn starts flowing in style is going to have a major impact on global wheat prices, and ergo the fortunes of Australian grain prices.” 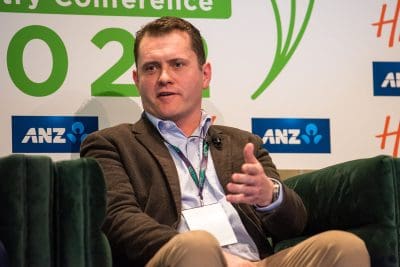 Mr Glasson said rain has taken some lines out of operation for days or, in the case of the main grain line into Port Kembla, months.

“If we forget about the rain and La Niña, just the general use of rail is difficult on the east coast,” Mr Glasson said.

In a separate session on price discovery, Rupanyup grower and Grain Producers Australia southern region director Andrew Weidemann voiced his concerns in the state where road freight is moving an increased amount of the state’s grain.

“I’ve got a real feeling that the Victorian rail system is just going to fall over,” Mr Weidemann said.

Australian Rail Track Corporation (ARTC) operates an extensive network, including the Hunter line into Newcastle, and also the Moss Vale-Unanderra line, which is undergoing an extended shutdown following rain-related damage to the rail path earlier this year.

ARTC is also building Inland Rail, which will connect Melbourne and Brisbane via a 1700km north-south corridor, including around 600km of new track.

“It’s not that it’s a bad project, but it’s a huge amount of money; compare it with the NBN,” Mr Glasson said.

“In my view it’s definitely diverted a lot of money that should have just been put on basic infrastructure to keep the current network working.” 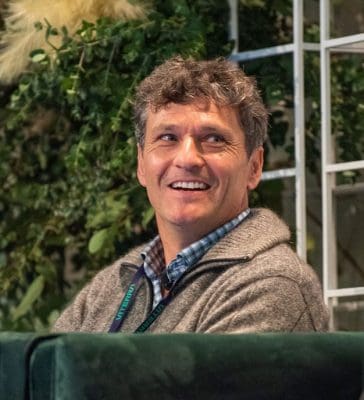 He said government has spent money on road networks in western NSW in order to enable them to carry modern-day truck configurations like AB triples.

“It’s no different with rail.

“In lots of parts in the east coast, we haven’t invested to keep up.”

Arrow exports mostly wheat from Port Kembla and Newcastle, and has a bulk storage site on the rail line at Narrabri in northern NSW.

“If you are running longer trains, you are penalised in the network because there are a lot of pinch points and a longer train has to wait for other trains to go past.”

“Passing loops are a big thing that in the future need to be extended and need to be added.”

“From a NSW point of view, there aren’t many sites that can cope with a larger train; there’s only a handful in the whole state.”

“You want to try and maximise your train paths with a larger train, so that comes back to the idea that there needs to be smarter ways of getting trains around the system.”

He said the construction of additional 2-3km passing loops on grain lines, which in many cases are single path, would improve efficiency.

“It’s a lot cheaper than trying to duplicate, which is never going to happen on a lot of those single-line tracks.”

“You’ve got just as many resources loading a smaller train which can only load to say net weight 45 tonnes a wagon in Queensland compared to a lot of lines in NSW, where you’re looking at 65t net weight per wagon, and in Victoria it sort of drops down to the high 50s.

“You want to maximise the unit of train running around the place.”

He said in contrast to Queensland and Victoria, parts of the NSW network had seen increases in axle loads in recent years, and this had allowed heavier trains to run.

“That’s a difficult one, that’s more expensive, but NSW has done a good job over the last decade increasing axle weights, and that was more John Holland with Country Rail.”

Role in rail for mobile loaders

Session facilitator and ANZ head of agribusiness insights Michael Whitehead asked the panel about infrastructure changes that could be made to improve Australia’s freight task.

Mr Batters said increased export capacity in South Australia, and the use of mobile shiploaders in Brisbane, Victoria and South Australia, as well as new ports in SA, had already put a number of participants “ahead of that curve”. 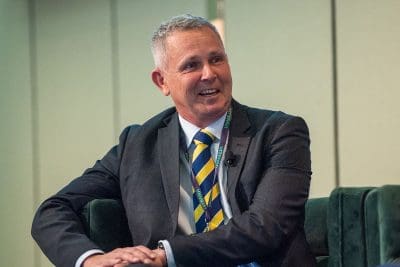 Allied Pinnacle national commodity manager Brett Duczmal said the variability of Australian seasons, around 36pc based on figures from past years for Australia, and closer to 40pc for NSW, compared with the US crop’s bounce-around of 12pc.

He said the vagaries of Australian seasons meant wheat production could exceed 30Mt, or plummet to 14.5Mt, and that made mobile loaders a preferred option for investment.

“There are some super nimble, smart operators out there that are moving grain and when the tap does turn off, they’re not bleeding.

“I think it’s a good way forward in the industry, and I think the industry is pretty adaptive and smart in the way they do things.”

Mr Glasson said mobile loaders could also be used to load trains, and while weather dependent, could often load faster than fixed sites on the network, as well as be loaded on passing loops without blocking the line.

“Mobile equipment does a good job, and it probably could be utilised a lot more than it is.”