THE Australian Government has announced the establishment of the National Intermodal Corporation Limited (NIC) to develop intermodal terminals across Australia’s east coast.

The move that has angered agricultural and freight operator Pacific National (PN), which will compete with the government-backed company.

NIC is a re-working of the Moorebank Intermodal Company (MIC) which was established in 2012 to facilitate the development of an intermodal terminal at Moorebank in Sydney’s south-west.

The Moorebank Logistics Park, which is the focus of the MIC, is a 243-hectare site which features import/export and interstate terminals and warehousing facilities. 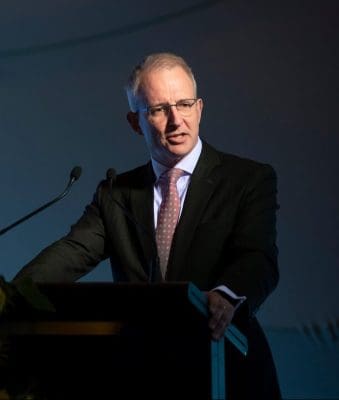 The site is expected to assist the push from road to rail freight and complement the Melbourne to Brisbane Inland Rail, a project that is predicted to save producers, manufacturers and growers approximately $170 million in transport costs each year according to the CSIRO supply chain analysis.

Minister for Communications, Urban Infrastructure, Cities and the Arts, Paul Fletcher said the Moorebank precinct will be linked to proposed terminals at Brisbane and Melbourne.

“With that commitment, we have accelerated the pace of our work to explore options for two terminals in Victoria – a terminal at Beveridge, in Melbourne’s north, directly adjacent to the Inland Rail track; as well as a terminal in Truganina, in Melbourne’s west, including an additional supporting rail connection.”

He said the Federal Government is working with the Queensland Government to finalise the assessment of a new terminal in Brisbane.

MIC chair Erin Flaherty said the NIC will work to make the rail network an attractive solution for growers and agriculture industries looking to transport goods interstate and overseas.

“NIC’s task is to create an interconnected network of terminals that provide fair and equal access for all above-rail operators,” Ms Flaherty said.

“We will work closely with industry to increase the movement of freight by rail as it provides a cost effective and more sustainable transport mode for many customers.” Industry left in the dark

The announcement has infuriated PN which is currently developing facilities along the Inland Rail route, and already has an intermodal terminal at Parkes, in central west New South Wales.

“The Australian Government’s announcement last week to establish a National Intermodal Corporation to spend taxpayers’ money on building terminals along the Inland Rail is in contrast to the model private companies like Pacific National have in the past successfully implemented, particularly in regional Australia,” Mr Scurrah said.

He said the precinct at Parkes is one example of the success of private industry working alongside government to deliver critical freight infrastructure designed for regional producers and businesses.

The site is within a Special Activation Precinct (SAP), an initiative of the NSW Government.

“It’s a partnership approach the Australian Government should closely examine.

The Parkes SAP is one of six identified by NSW government with the others in the Snowy Mountains, Wagga Wagga, Williamtown, Narrabri and Moree.

PN has also purchased the Acacia Ridge Terminal in Brisbane from Aurizon in 2020.

Cost is key to rail success

The actual impact that both intermodal hub projects and the Inland Rail will have on the grains industry is yet to be seen.

Stakeholders believe the overall success of the ventures will come down to the cost benefits rail and the terminals can deliver producers and wider industry. 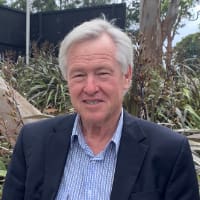 “Right as we speak, the freight advantage is moving more and more towards rail.”

He said he has spoken to big businesses which are looking to invest in the rail network, especially in northern NSW.

Mr Martin said this investment will further add to the economic benefits rail can provide the grain industry.

Regional Development Australia Northern Inland chair Russell Stewart, who is based in Narrabri, said he has no doubt that the intermodal sites will bring advantages to industry, but it needs have the right incentives for businesses and must address the issues with the double-handling of produce.

“It is a huge deal, primarily because investors watch those things,” Mr Stewart said.

“The SAP will be brilliant, but the growers need to have input and I’m not seeing it at this stage.”

“At this point, rail is dearer than road.

“Talking to some of the big grain handlers, they will tell you: ‘We think it’s a great idea but unless you can match road in timeliness and price, why would we change?”

Mr Stewart said the NSW Government needs to offer incentives to make the Inland Rail and the SAP more attractive to businesses.

Talking specifically about Narrabri, he said reduced power costs, capitalising on the proximity of the Narrabri Gas Project, would be one avenue to make the precinct more cost-effective proposition.

“Outside of wages, most industries will say their biggest bill is energy,” Mr Stewart said.

“That’s where I would be aiming.”

Of the six SAP projects, Parkes is the only one in construction.

The masterplan for the Wagga Wagga SAP has just been finalised, with the Snowy Mountains and Moree sites awaiting a final masterplan and Williamtown and Narrabri still awaiting a draft plan.