THE AUSTRALIAN cotton industry needs to move away from blaming international shipping lines and freight companies for cost increases and focus on solutions to disruptions governments and industry can resolve, freight industry experts told the Australian Cotton Conference this week.

National Farmers Federation chief economist and general manager – trade, Ash Salardini, said while international ocean-freight delays and pricing are the main drivers of overall cost increases for the cotton industry and consumers, Australia is not large or lucrative enough to force change.

“We can blame the shipping lines, and they are the largest component in the cost of international freight and probably the price increases, but at the same time what can Australia do about it?” Mr Salardini said.

“‘Not much’ is the truth of the matter.

“There is not a lot we can do in the international shipping space and, in fact, if we try to regulate it, they might choose not come to Australia.”

He said landside component, incorporating road and rail transport and ports, is an area where Australian businesses and governments can have a hand in reducing delays and costs.

“The landside issue is completely within our control.

“Our ports are the least productive in the OECD.

“I think most of them are only in the bottom quartile for productivity, and our landside freight costs are some of the most expensive in the world, and that is something a government can address.

“We can blame the shippers, but rather than blame, creating solutions is probably the best way to go.”

Mr Salardini said several issues should be at the forefront when agricultural advocacy groups lobby governments.

They include improving road, rail and port efficiencies, as well as making sure the national heavy vehicle regulations are fit for purpose.

“We have a once-in-a-decade opportunity to have structural change.

“Cost of living is the main issue every politician is really worried about.

“If I had money to spend on any reform, a dollar spent on supply chains is going to give the biggest bang for the buck in terms of addressing these cost-of-living pressures.

“Now is the time to really focus our minds on what the solutions are, and go to our governments and say: These are the solutions to your problem.”

International Cotton Association vice president and founder of US-based cotton controlling company TransGlobal Inspections, Kim Hanna, said the US has had more success legislating to maintain the competitiveness of shipping lines, but agrees that Australia could not do the same.

“In the US…it is easier for us to have more pull with the shipping lines,” Ms Hanna told the Cotton Conference. 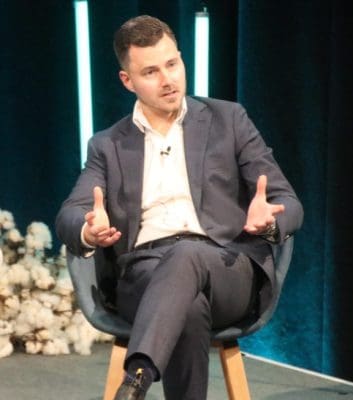 “We are able to legislate a little bit about it and have recently done some legislation.

“I don’t know if Australia would really have the capacity to put pressure on as the United States does on the shipping lines.”

He acknowledged that Australia was not in the position to lobby against this trend, but could push other countries and international organisations to ensure shipping lines did not get too powerful.

“The reason for that is they are trying to move up and down the supply chain.

“They are trying to get into customs broking, internal freight forwarding and, although they have been really slow in Australia, they have that ambition that they want to be an end-to-end fully integrated provider, like a DHL.

“I think now that they are cashed up with these mega-profits that they have made over the last 12-18 months, we will see that process accelerate.”

Mr Brooks-Garrett said this movement, alongside the location and size of the Australian market, will create long-term structural issues that will “present themselves more and more over time, particularly for this industry”.

He said the fact that Australia was not as lucrative as other markets for containerised goods would not change over time.

“There are some structural challenges that are going to worsen over time…particularly for the cotton industry.

“One of those is capacity to key markets, Bangladesh and India and these sort of places, where shipping lines simply don’t want to service from Australia.

“Unfortunately, it is more profitable for them to reposition those empty containers as quickly as they can to China or places like Busan in Korea where it is easy to find those high-yielding inbound containers and bring them back rather than servicing an export customer.”

He said this was not something the Australian Government or industry alone could change, but an issue that should not be ignored.