THE PURCHASE of a site at Port Spencer on South Australia’s Eyre Peninsula has put the state on the path to getting its first new deepwater grain port in decades.

To be developed by FREE Eyre Limited subsidiary Peninsula Ports Pty Ltd, the Port Spencer facility has been designed to receive, store and export up to 1 million tonnes of grain.

“On behalf of our 475 Eyre Peninsula farming family shareholders, we are thrilled to have reached this important milestone,” Mr Crosby said.

Previously owned by Centrex Metals Ltd, the 140-hectare site is located at Sheep Hill, around 70 kilometres northeast of Port Lincoln, and was bought for $1.5M with existing Major Project Status approvals from the SA Government.

The project is expected to cost $140M-$180M, and will be privately funded through a combination of commercial debt and equity.

The key piece of infrastructure at Port Spencer will be a 650-metre modular jetty with pylons every 55m and a covered conveyor belt with capacity to shift 2000t of grain per hour, in line with world’s best practice.

Mr Crosby said this will enable larger Panamax-type vessels carrying up to 70,000t of grain to comfortably load within two days, and with a draft of 24m, much larger vessels could be accommodated.

“We want to have sheds and silos capable which we can fumigate so that can hold two boatloads, so around 120,000t in total.”

The site will primarily have bunker storage, and Mr Crosby said the set-up is being designed so trucks delivering grain will not be on site for more than an hour.

Viterra operates all six of SA’s existing bulk grain terminals, including the only two established EP facilities at Thevenard and Port Lincoln.

T-Ports at Lucky Bay, also on EP, is set to open the state’s seventh in coming months.

EP now produces an average winter crop of around 2.6Mt, more than one third of SA’s total production, and Mr Crosby said Port Spencer would become the closest port for around 800,000t grown in a typical season in the region’s most reliable districts.

Mr Crosby has estimated Port Spencer will be roughly equidistant to Lucky Bay, Port Lincoln and Thevenard for another 400,000-600,000t of EP grain, and the new facility will offer growers of that grain competition in terms of their bulk-handling options.

“For some farmers, it will cut 140km off the round trip to Port Lincoln, and that means they could do four or five trips to deliver grain a day instead of one or two.” 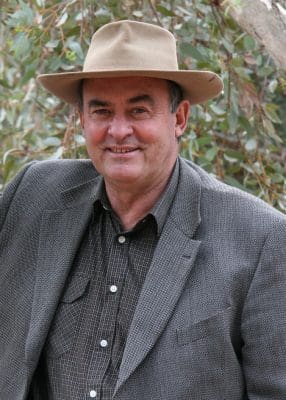 Mr Crosby said the ability to deliver to Port Spencer instead of a more distant site could save growers up to $15/t.

“What that will do is make everyone a bit sharper on what they offer to growers, and introducing some competition for EP growers was one of the very bold aspirations we had when FREE Eyre started 10 years ago.”

The closure last month of the rail service which delivered around one third of the grain to Viterra’s Port Lincoln site is expected to increase the attraction of the Port Spencer option.

“What we will do at this silo site is pick up potentially what went on rail.”

Mr Crosby said the terminal will boost Australia’s out-turn capacity in the lucrative post-harvest slot when northern-hemisphere grain can be in short supply.

“There’s no shortage of shipping slots in SA; the issue is the premium slots from December to March, and they’re all flat out.

“What we will offer is more premium slots to exporters.”

Port Spencer is 7km from the Lincoln Highway, and Mr Crosby said discussions were under way with the Tumby Bay Shire Council and adjoining local government areas, as well as the SA Government, to build and upgrade roads to the site.

Mr Crosby said Peninsula Ports was in discussions with the Federal Government over marine legislation related to shipping within a whale habitat, and that the company was now completing variations to existing approvals needed before work on the site commenced.

Centrex developed the initial Port Spencer proposal to export iron ore from the Lower Eyre Peninsula, but the joint venture behind the mining development was wound up in 2016.

“If companies were interested in bringing it here, they could certainly talk to us.”

Peninsula Ports does not have plans to export ore or minerals from the site, but the Iron Road Limited development proposed for a multi-commodity deepwater port at nearby Cape Hardy could add another option for grain exporting in SA in coming years.