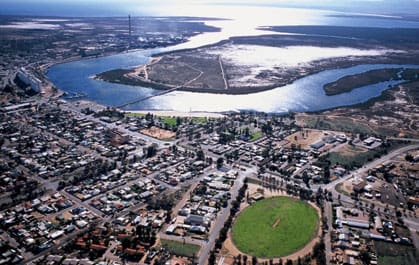 ADM Australia is building its first bulk-handling facility at Port Pirie South with an eye to loading vessels as well as out-turning for the domestic market. Photo: Port Pirie Regional Council

ADM AUSTRALIA is set to step into bulk-handling with the opening of a facility at Port Pirie South which will expand marketing options available to growers in the Mid and Upper North regions of South Australia.

The site is expected to open next month, and will service domestic customers.

It is also expected to allow grain exports to resume from Port Pirie.

ADM Asia Pacific trading managing director Tim Henry said the company was proud to be announcing its latest storage and handling investment in the home state of its Australian origination business.

“Coupled with other projects nearing completion in the state, and the expansion of on-farm storage, the grain supply chain landscape is changing rapidly in South Australia,” Mr Henry said.

ADM established its Australian origination and trading office in Port Adelaide in 1987 under the Alfred C. Toepfer International banner.

Since then, it has been a consistent marketer and exporter of Australian grain, oilseeds and pulses to its global customer base and company-owned processing facilities.

Located at 77 Abattoirs Road, the ADM facility will feature bunkers designed according to simple segregation options, and for efficient harvest turnaround.

The facility’s cereal intake capacity will be serviced by two SA-designed and built Kilic drive-over hopper (DOH) stackers, and incorporate a 36-metre weighbridge suitable for B-doubles and road trains, as well as a fully equipped sample stand.

The facility will be managed by Kevin Brice, who has 19 years of storage-and-handling experience in the Mid and Upper North, while grain quality at the site will be operated by Intertek Agri, a global leader in assurance, testing, inspection and certification in the agricultural supply chain.

“It will open to receive wheat and feed barley, with final segregations communicated to local grain-producers closer to harvest,” Mr Bradford said.

ADM will offer Mid and Upper North growers the option of forward or ex-warehouse contracts, as well as cash at silo for harvest deliveries. 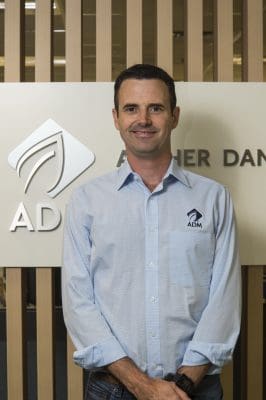 “We are in the process of engaging with local producers and will be conducting pre-harvest meetings and site walk-throughs to ensure all growers and carriers are fully briefed on the site’s operational procedures and capabilities.’’

The option to take advantage of a silo bag supplied by ADM as part of the contract was a further bonus.

Payment terms are seven days from end of week (DEOW) for site and port deliveries, and 14 DEOW for ex-farm and delivered end-user contracts.

Mr Bradford said ADM cargoes loading at Port Pirie may also include coastal shipments to Brisbane or Newcastle, which have been receiving grain from southern Australia to counter the impact of drought in New South Wales and southern Queensland.

ADM said Port Pirie Regional Council had been supportive in helping the company develop the Port Pirie South site, and advises ADM representatives will be at the Yorke Peninsula Field Days at Paskeville next week to talk with growers and industry participants.

ADM Australia is owned by Archer Daniels Midland, a US company which accumulates, processes and trades agricultural commodities.

ADM was previously a shareholder in eastern Australia’s major bulk handler, GrainCorp, and in 2013, its bid to buy out the other shareholders was rejected by the Australian Government.

Viterra said its Port Pirie site is an important part of its network, and will be receiving 12 wheat and barley segregations in the upcoming harvest.

The site out-turns grain by road and rail to the export market through Viterra’s Adelaide port terminals, as well as to the domestic market to meet the needs of multiple buyers and end-use customers.