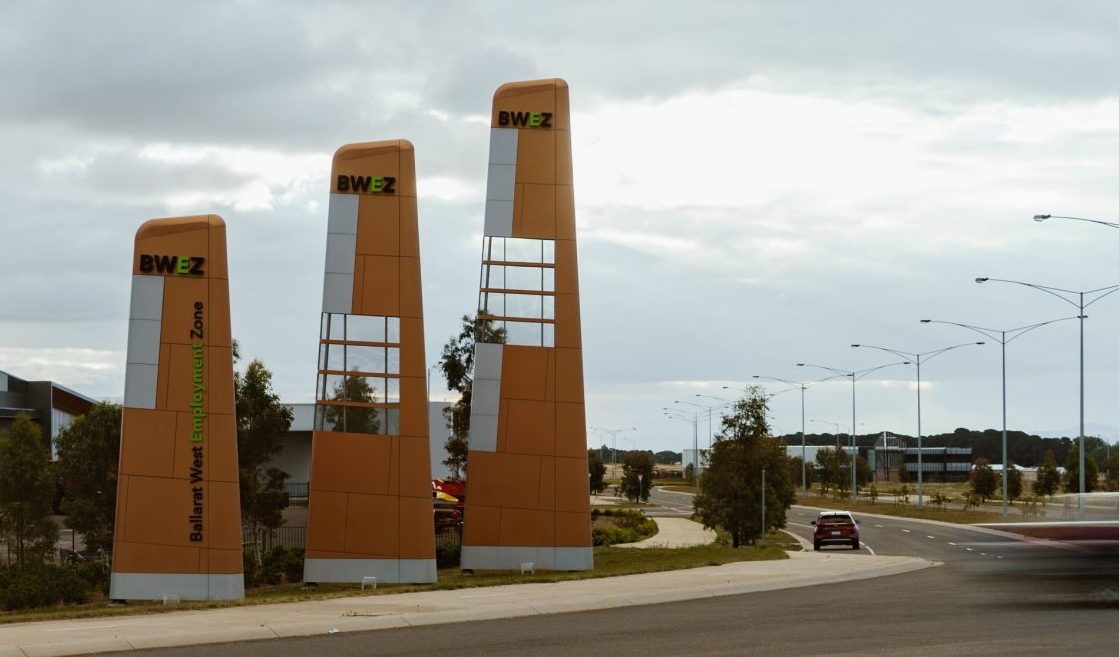 The hub is expected to service businesses located at the adjoining industrial land, which is currently home to CHS Broadbent’s container packing facility and will be the site of George Weston Food’s new flour mill.

However, the overall efficiency of the proposed hub and the supposed benefits in connecting businesses to the rail network remains unclear as the infrastructure cannot accept freight trains travelling from the inland lines.

This includes rail paths from Mildura to Maryborough, Murrayville and Horsham which are standard-gauge lines.

The works will see five serviced lots built at the site – in preparation for major construction to take place on the freight hub next year.

Once complete, the freight hub will have the capacity to handle 24,000 twenty-foot equivalent units per annum to be railed to port.

The terminal, adjacent to the broad-gauge Ballarat-Ararat rail line, will also have three rail sidings capable of accommodating 600-metre-long freight trains and a substantial concrete hardstand for the efficient loading, unloading and storage of export shipping containers.

Victorian Government Minister for Ports and Freight Melissa Horne said the hub and the BWEZ will make rail freight a more attractive option for containerised grain heading to the port.

She said up to 300,000 tonnes of grain per annum is expected to be railed to the terminal.

‘’Ballarat West Employment Zone will become the engine room for jobs and economic growth in the region over the next 20 years – and the development of the Intermodal Freight Hub at the site is a great step forward to make this happen,” Ms Horne said.

“This is another example of how we’re putting the infrastructure in place to make rail freight more efficient – the Intermodal Freight Hub at the Ballarat West Employment Zone will make it easier to transport product to port, as well as drive jobs and economic growth in the region for years to come.”

The Victorian Government has indicated that an expression of interest for an operator for the freight hub will be released soon.

Other established intermodal hubs in regional Victoria are operated by Qube, SEAWAY and SCT Logistics.

Development Victoria first opened a tender process for a freight hub developer and operator in early 2020.

The process closed in March 2020, with no successful tenderer named. The Ballarat hub is located off a rail line that is part of the Murray Basin Rail Project. The VFF believe if the entire rail network is not fixed, intermodal hubs will become stranded assets. Photo: VFF

Despite the potential benefits offered by the BWEZ and freight hub, the issues with rail connectivity through Ballarat may prove a roadblock for industries considering moving from truck-only transport models.

Currently the V/Line operated lines from Maryborough and Ararat into Ballarat into Geelong and Melbourne ports are broad gauge.

The Victorian Government has not committed to upgrading these lines to standard gauge due to conflicts with the passenger train services.

Therefore, freight trains coming from grain-producing hubs north of Maryborough divert away from Ballarat through Ararat before heading to port.

In addition to keeping trains out of Ballarat, the situation means longer travel times and distances for freight trains, making trucks a more cost-effective mode of transport.

Victorian Farmers Federation (VFF) grains council president Ashley Fraser said for it to be a successful intermodal hub, not just a road freight facility, the state government needed to address the issues with rail network.

He said Ballarat is a key to the problem facing the government and its troubled Murray Basin Rail Project (MBRP).

“Ballarat is the bottleneck for rail freight. 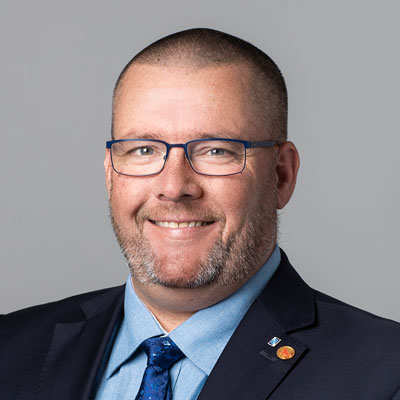 “When you are coming from Mildura, you have got to divert out to the Grampians to get back to Melbourne and Geelong because it is not all standard gauge there.

“We have got government saying, ‘we are not supporting the Murray Basin Rail Plan, that is never going to happen while we are in government’ and then all of a sudden you find out they are supportive of something else on that line.”

Mr Fraser said the VFF continues to call on the Victorian Government to resolve the inefficiencies of the entire freight network.

He said projects like the Ballarat terminal won’t be effective unless this issue is resolved.

“From a VFF perspective we would like to see an overall freight strategy from the Victorian Government.

“Then we can actually have a really clear transparent look as to what a modern freight network might look like encompassing both road and rail.”

The BWEZ is a 438-hectare site which was previously undeveloped crown land.

It was earmarked as a possible location for industrial, wholesale, logistics, construction, commercial and residential uses in 2013.

Other businesses which have purchased land at the BWEZ include agricultural machinery dealer Agrimac, road freight and shipping company Kane Transport and duck meat processor Luv-a-Duck.

The precinct is being developed in four stages with Stages 1 and 1B completed.