LABOUR shortages and COVID-19 pressures are being blamed for the lack of new shipping slots on offer from Western Australian bulk handler CBH Group, despite export markets and growers still calling out for more capacity.

He said CBH generally had “a strong network performance” over the 2021-22 harvest, but issues remained for the business to overcome.

“We have really strong market demand for WA grain that is becoming more pronounced as a result of the crisis with Russia and the Ukraine,” Mr Macnamara said.

“We have a fully booked shipping stem, which is not typical, and it is only the second time we have seen this since we have controlled the out-loading process.”

He said the labour supply and uncertainty surrounding COVID-19 cases and close-contact rules had been a large problem for CBH. 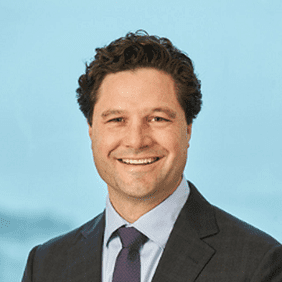 “We are seeing case numbers rise on a day-by-day basis and what we are seeking to understand is the impact of this on the availability of labour.

“This is particularly for train and truck drivers, but also our frontline teams to be able to load trucks and trains.

“We will obviously get more line of sight on that in the coming weeks, but the next four to six weeks are a really critical part of the year for us.

“We have been working collaboratively with government to make sure we get the right outcomes for the supply chain and agriculture in general.”

Mr Macnamara said these labour shortfalls were the key reason why new capacity had not been offered to the market.

“The harvest receivals far exceeded the shipping capacity that we have offered to market.

“CBH is seeking to release additional capacity, but this is a watch and see.

“So far, we have released around about 740,000 tonnes of additional capacity to the market since October 1, which is really pleasing.

“Clearly, we have some nervousness around increasing that capacity.

“The key reason is resources; Omicron is a critical risk to us on that front.

“Once we get through that, we can access the impact on the supply chain and make determinations on whether it is appropriate or not to release additional capacity.

“If we issue capacity that we can’t execute on, what will then occur is vessels lining up waiting for grain to be accumulated and that obviously results in demurrage.” “From a people perspective, it is making sure that we are appropriately resourced to be able to meet the demand of the task.

“Significant work has gone on in that space; the best example is recruiting 2000 harvest casuals to receive the record crop.

“The team has managed to hold on to some of these people, so we have sufficient backup if we lose labour resources in certain areas.

“We have also been seeking additional capacity by reaching out to both contractors and growers who may have available trucking capacity.

“We are very realistic in this regard; we know that many people are busy, particularly as we head into a busy seeding period in the coming weeks ahead.”

“Alternatively, they can directly contract to CBH and cart on select routes.

“We are currently seeking those expressions of interest.”

Mr Macnamara said even if additional capacity was offered by CBH and other local operators, Australia will not be able to fill the void created by the Russia-Ukraine conflict.

He said combined, Russia and Ukraine usually exported about 5 million tonnes (Mt) of wheat per month, via the Black Sea, mostly to the Middle East and Africa.

“In Australia, the impact is that Asian buyers are typically well covered with Australian and Indian wheat, particularly in the middle part of this year.

“They are waiting to see what will be the outcome of the conflict and Australian shipping capacity is generally fully booked in the middle part of the year.

“In this point in time, supply chains do not have enough capacity to cover the immediate supply shortfalls, so that 5Mt from the Black Sea.”

“Also, clearly, any more capacity that we bring on is unlikely to fill that full gap created by the Black Sea, depending on how long that part of the market is out of action.”