Another step on the road to standardised national heavy vehicle rules

THE National Heavy Vehicle Regulator (NHVR) is set to release its draft policy on proposed new national laws governing the movement of heavy vehicles, including farm machinery, on public roads. 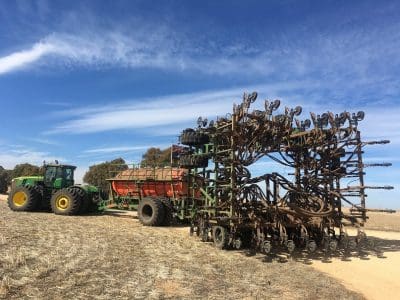 After consulting with state farm bodies, road authorities and machinery operators, the NHVR has developed a draft policy paper which will be sent to state road authorities for review in the next two weeks.

Once feedback from the states has been received, the paper will then be sent to peak industry associations, including farmer representative bodies, in the first half of August.

The release of the draft paper will represent another step in what has been a long-running process towards standardising regulations for the movement of large agricultural equipment on public roads across the eastern seaboard and South Australia.

Western Australia and the Northern Territory have not been participating in the process.

For the agricultural sector, the reforms seek to standardise regulations governing the movement of large equipment, such as harvesters, comb trailers, augers, conveyors, airseeders and cotton pickers, on public roads, removing the variables and anomalies that currently make it a nightmare moving equipment both intrastate and interstate.

NHVR manager of national harmonisation, Matthew Bereni, said the NHVR had consulted widely with industry and state authorities to develop draft policy positions which covered a range of variables, including vehicle height, width and lengths.

The process has included taking into account results from a survey of 800 farmers conducted by farmer representative body, GrainGrowers, that investigated the dimensions and configurations of the heavy vehicle fleet operating in the grains industry and provided hard evidence of the true size of modern grain machines which are now routinely being used on farms.

“We are now in a position where we are comfortable with our final draft issues paper,” Mr Bereni said.

“We are going to share it with the state road authorities participating in the national laws in the next two weeks. We will also send copies to Western Australia and the Northern Territory (which are not involved in the process) because we want them to be aware of what we are doing.

“We will send the papers to the states and give them about two weeks to review them. Assuming they are comfortable with everything, we will then (in the first half of August) send it to peak industry associations like GrainGrowers.

“The NHVR is very grateful for the work undertaken by GrainGrowers in that space because it always makes our life much easier when industry is proactive and provides us with the data that we critically need.”

“Broadly speaking the measurements are increasing, but it is a fine line because the bigger the vehicle the more safety concerns are raised by the states,” he said.

“It is about us trying to catch up with what is actually going on in the field.”

“So, we are trying to find the ‘sweet spot’ where the states are confident the vehicle can operate safely on the road, but at the same time cater for new vehicle dimensions that are currently being sold into the industry.

“It is an exercise in catching up with the latest trends because the agricultural usually imports machinery from overseas, in particular North America. In a way, the regulations have been a bit behind in that space and we are aware of that. It is about us trying to catch up with what is actually going on in the field.”

GrainGrowers has been calling for the current state-based red tape for heavy agricultural vehicles to be removed and replaced with a practical national notice this year to enable farmers to get on with the business of farming.

It says the system of individual state notices and rules governing the movement of heavy farm machinery on public roads is out of touch with the size of modern equipment.

Australian Custom Harvesters NSW representative, Bob Whythes, said his members had been pushing for a single set of national rules for more than five years.

“We are making progress, but it is slow. I think we will get to the point of having a national set of rules. It is just going to take a lot of time and patience,” he said.

Mr Whythes said authorities had been dragging their feet because they were afraid of the legal consequences if there was an accident on public roads involving oversize or overmass machinery.

“The big problem has come about because the councils are petrified that if someone has an accident they will be sued. That is the bottom line,” he said.

But Mr Whythes said his organisation was working with the NHVR and state authorities in the interests of contractors and growers to “bring everybody onto the same page” to agree on a national set of rules for the movement of agricultural equipment.

“Even grain growers who want to shift a header up the road to the next paddock are under the same obligations as a contractor is who wants to move a header interstate,” he said.