NEW South Wales Minister for Better Regulation Matt Kean has urged farmers to be vigilant when working with and around augers during the current grain harvest season. 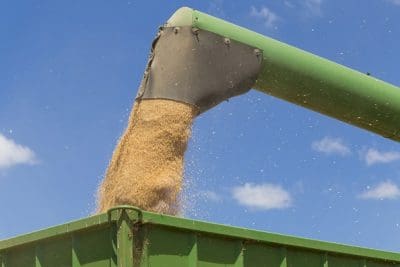 On average, three NSW workers seriously injure themselves each year while using a grain auger, which is an agricultural screw elevator used to raise grain from the ground to the top of grain bins or to load trucks.

Mr Kean said these incidents could be prevented with a quick safety assessment.

“As we approach the end of the year I want to ensure safety remains at the forefront of all workplaces,” he said.

“I urge all farmers to put the safety of their workers, themselves and any other visitors first by identifying and addressing any safety risks before using farming machinery like augers.

“Augers can cause fatal and horrific injuries when clothing and limbs are caught and pulled into the machinery, which is why they are a focus of the Agriculture Sector Plan I recently launched at the Australian National Field Days.

“Simple steps, such as ensuring an auger has a correctly fitted intake guard and an accessible emergency stop switch, and making sure any belts or other moving parts are also guarded, can significantly reduce the risk of injury.

“Moving large augers around farms can also be hazardous so farmers should ensure power lines are clearly marked, all workers are made aware of power line locations and augers are lowered if their design allows.

“No farms should have unsafe augers in service. If all rural workplaces spend just a few minutes identifying and addressing safety controls then catastrophic auger incidents can be prevented.”