Drone adoption slow to get off the ground

WHILE drones may have a big future in farming, uptake levels remain low as the new technology finds its place as a management tool for farmers and the rural service industry, according to Flying Ag Australia owner, Meg Kummerow. 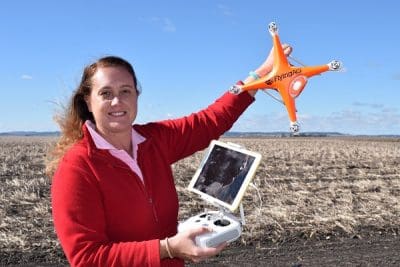 Ms Kummerow said much like with any new technology, producers were feeling their way before committing to adoption.

“Drones are going to be huge, but it is not going to be an overnight success. They can be, and definitely are, very useful. But we are still in the early days,” she said.

“When you think of the bell curve of adoption, we are just at the very beginning.

“A lot of people outside the industry think they are going to make millions selling drones and providing services into agriculture. But there is still a whole lot of work that needs to be done.”

Ms Kummerow said one of the key considerations for people looking to get into drones was what to do with the data they provided.

“There is a lot of data you can get from drones. But the challenge is to work out what data you need and how to make it pay. And make it holistic as well. So not just taking the data from a drone, but combining it as well with your 20 years of harvest data,” she said.

“What we can do with data now is five times more than five years ago, but there are a whole lot more decisions we could be making if we understood it better.”

Ms Kummerow said there was a multitude of applications that drones could be used for in agriculture. 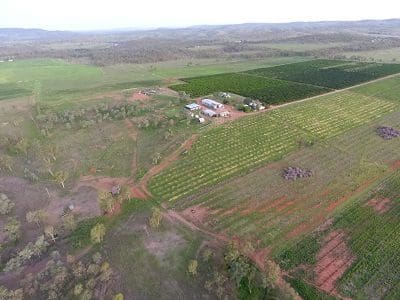 “There are a few people using them on corporate farms because they have to give a lot of feedback to investors and owners of the businesses. Drones are a great way to share information about what is happening on farm,” she said.

“An investor might want to know why they aren’t planting yet, and you can do a fly over with a drone and show them a video from the air of how dry it is. Before that they would have had to get an aeroplane to do that.

“Some agronomists are using drones as scouting tools. When you check on foot you probably only see five per cent of the paddock, if that. With a drone, you can fly over in a really short time and identify areas where you need to put boots in the field. You can make it more focussed.”

Ms Kummerow said the capacity for drones to be fitted with multi-spectral cameras opened up new opportunities in crop inspection and monitoring for researchers, agronomists and farmers.

“Multi-spectral is viewing more than one band of light. A normal camera sees what we see with our own eye. A multi-spectral takes different bands of light reflected from a plant.  From that you can pick up things like water stress or nitrogen deficiencies or disease.

“When a plant is healthy it reflects lots of green light. As it is more stressed it reflects more red light. It picks up that change at an earlier stage then you can see with your eye.”

Ms Kummerow said drones also had a role to play in precision agriculture and the capacity to apply prescription farming where different areas of a paddock could be treated independently. 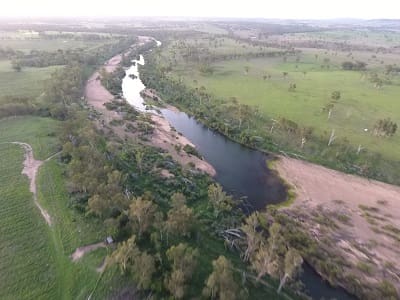 Ms Kummerow said Australia was one of the most progressive countries when it came to drone regulation.

“Farmers can fly a drone up to 25 kilograms without requiring any formal certification. For people who don’t own farms, if we are flying a drone over 2 kilograms we have to go and get fully licensed,” she said.

“They have made it a whole lot easier for farmers to deploy the technology onto their farms.”

The key regulations governing the operation of drones are:

Ms Kummerow said there were still issues relating to privacy that needed to be addressed.

“There is still a lot of work to be done in this area. It will be up to the state and federal ag groups to start discussing how we handle that, then take something to government to protect the rights of farmers,” she said.

For regulations governing the operation of drones, visit the CASA website, www.casa.gov.au/rpa

Meg Kummerow will be speaking at the World of Drones Congress in Brisbane, August 31 – September 2, 2017. https://www.worldofdrones.com.au/