SINCE the reveal of the autonomous concept vehicle in 2016, Case IH has been evolving the technology and further defining automation and autonomy as it relates to agriculture. 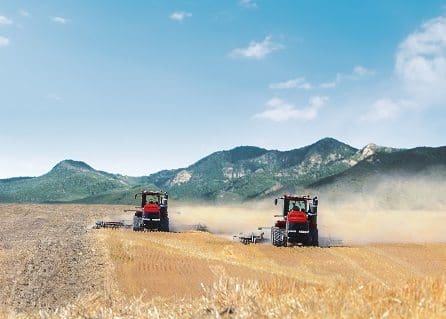 Case autonomous tractors in the field.

Case IH AFS global product manager, Robert Zemenchik, said the brand had been in discussions with customers around the world to study how the technology could be implemented for maximum benefit in their operations.

Now, through its Autonomy and Automation Program, Case IH is researching and piloting autonomous technology in real-life scenarios.

“While the autonomous concept vehicle reveal in 2016 showed the world what’s possible with autonomous vehicles, it was just that — a concept. This working tractor provided a platform for us to start discussions with farmers and the industry about the technology needed for High-Efficiency Farming operations today and in the future,” Mr Zemenchik said.

“We’re ready to show how automation and autonomy applies across agriculture and how it can advance the precision farming solutions our customers are currently using on their farms.”

Case has identified five categories of automation for agriculture: “We are honoured that the Society and AEM selected the John Deere S700 Series Combine as one of three recipients for their inaugural engineering award and chose to present it in front of thousands of our customers at Commodity Classic,” Mr Badding said.

“The new technologies engineered into every S700 Combine represents the level of innovation that the Society looks for and that provides real value to our customers.”

ASABE is an international scientific and educational organisation dedicated to the advancement of engineering applicable to agricultural, food, and biological systems.

From the many entries submitted each year, an expert panel of engineers selects approximately 50 products for recognition with the AE50 award.

The award-winning products are those ranked highest in innovation, significant engineering advancement and impact on the market served. 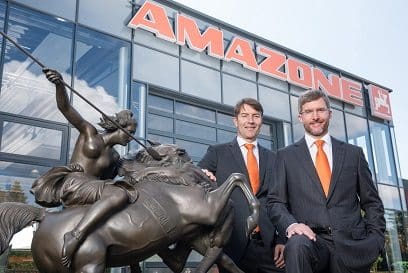 The German company, which is represented via the CLAAS Harvest Centre network in New Zealand and Australia, manufactures a range of spreaders, sprayers, cultivators and drills

that are renowned for their precision and ease of use.

Highlights of the year included the release of more than 30 new models and innovations at Agritechnica 2017, three of which were awarded a silver medal for excellence in agricultural engineering.

The company is currently developing a new 24-hectare trailed sprayer manufacturing facility at Bramsche in Germany.

Other capital improvements during 2017 included the completion of the KTL (electrophoretic cathode metal coating) paint facility at its Hude-Altmoorhausen factory in Germany.

The facility is used to apply more than more than 750,000 square metres – that’s 75 hectares – of paint each year.

WESTERN Australian agricultural machinery manufacturer Trufab Global has been nominated as Australia’s only finalist in the Swedish Steel Prize for 2018. 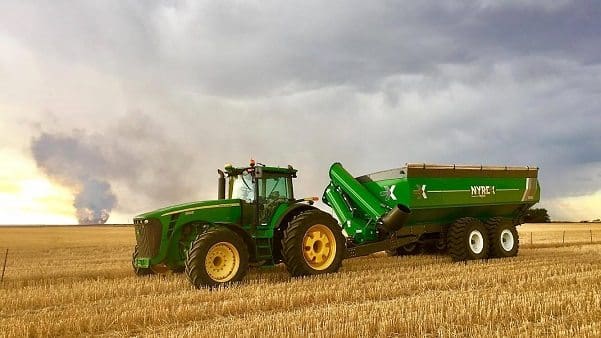 The winner of the award for the innovative use of high-strength steel will be announced at a ceremony in Stockholm on May 24.

Judges are looking for the utilisation of high-strength steel that challenges traditional design by using modern materials to create the highest levels of performance.

Based in the Wheatbelt town of Cunderdin, Trufab’s nomination is for its new Nyrex chaser bin which features a modular design using almost no welding.

The bins, manufactured from light and extremely durable Strenx steel, in a range of sizes, are being introduced to Australian grain farms, reducing grain discharge times, energy use and minimising soil compaction on farms.

The Nyrex Chaser bins use a Strenx product that is 25 per cent lighter than steel plate and provides a longer life than conventional bins.

Its assembly process uses laser technology in a bolted construction that avoids steel bowing from welding, creating savings in time and energy. The system is designed to eliminate overlap and save inputs by stopping product flow over the sections that are not required.

“We worked out the cost savings in the first year of using ICT, and in compound fertiliser and Flexi-N, we were saving about $35,000, plus seed,” Simon Chipper said.

“Last year, the system would have easily paid for itself. It was better than what we expected and after the first year with it, we realised it would pay itself off a lot quicker than we initially thought.”

The ICT works via GPS and the new Topcon X35 controller with the Morris carts, using the gear drive system for the metering wheels to quickly engage or disengage, allowing instantaneous shut-off.

It runs individual metering wheels that can stop product immediately, however, the system remains primed with product and as soon as it re-engages, it is back in the air stream.

Precision without bells and whistles

AMAZONE has introduced a six-metre rigid version of its ED precision air seeder, which provides all the performance of the folding model but in a ‘low spec’ format.

“The singling drive and the fertiliser metering are driven mechanically via a ground wheel, while the blower fan is driven via the PTO shaft,” he said.

The ED 6000 can be equipped with eight or 12 sowing units, each with a 60-litre hopper capacity, and a choice of two fertiliser systems.

The first comprises two 110-litre Micro Plus applicators that apply a starter fertiliser to individual rows via the sowing coulters.

Alternatively, the ED 6000 can be equipped with a 1100-litre fertiliser tank and single disc openers or trailing ‘suffolk’ coulters.

Sowing units can be fitted with AMAZONE’s Classic or Contour coulters, which are suitable for sowing into cultivated soil or stubble, respectively.

JOHN Deere has introduced a 18.29-metre, 1895 No-Till Air Seeder that will give small-grain and oilseed producers the opportunity to plant more hectares quickly and accurately. This latest addition to the 1895 Air Seeder lineup is 40 per cent wider and incorporates new technologies designed to improve seed and fertiliser placement, while decreasing soil disturbance and maintenance demands, for increased productivity during often tight planting windows.

The seed rows on the new drill are on 25.4-centimetre spacings with separate fertiliser rows on 50.8cm spacings. 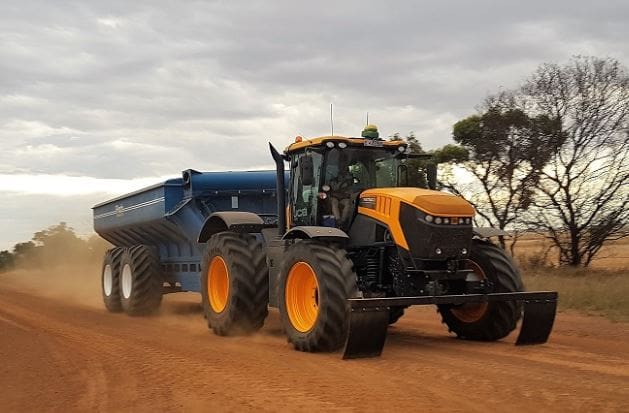 In particular, the ability to extend the axles with the help of spacers has proven a great benefit in his wheat, canola and barley operation at Esperance.

Mr Curnow harvested about 5000 hectares with the new tractor, an upgrade from the Fastrac 8310 he’d been using for the past two and a half years.

In terms of getting around, the machine is able to reach a maximum speed of 70 kilometres per hour, while maintaining stability no matter what it’s towing — whether it’s a spreader, sprayer, trailer or tanker.

This stability is due to the machine’s all-round suspension, which also reduces compaction on the soil and provides a comfortable riding experience.

The rear suspension is designed to respond quickly to added weight from rear-mounted equipment while maintaining stability, and the coil spring and damper suspension for the front axle eliminates wheel hop.

WITH dry-down time a critical factor in producing quality hay and silage, Kuhn national sales manager, Jarrod Maskell, said the company offered a range of disc mowers – including the FC 10030 D and FC 3525 DF FF Triple Mower Conditioner Combination – with that in mind. “This machine combination is not only better able to handle all types of fodder, but its greater speed and coverage creates higher volume, which is ideal for mass production,” he said.

In addition, Kuhn has machines like the GMD 10030 FF and GMD 3525 FF Triple Mower Combination with a working width of 9.53 to 9.93 metres that achieve significant time-saving and output.