THE latest Case IH Patriot sprayer with the new AIM Command FLEX S technology is a game-changer in spray technology, offering even more advantages than the previous form, the AIM Command PRO. 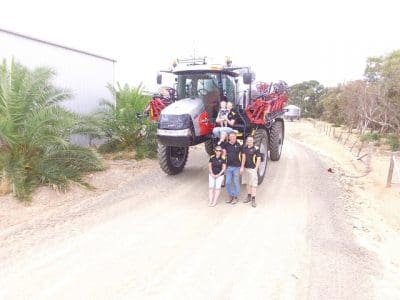 It offers consistent, flexible and accurate application, regardless of speed and terrain.

She said features of the FLEX technology included: 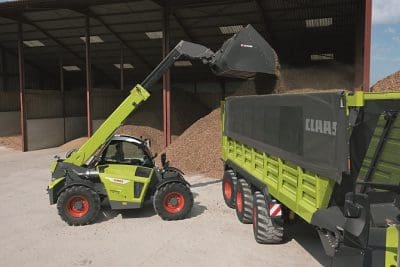 Developed in partnership with materials handling manufacturer, Liebherr, all models have been overhauled to deliver even greater handling performance, efficiency, comfort and safety.

Some of the many improvements include the addition of the DYNAMIC POWER engine management system, the SMART LOADING driver-assistance system for fine control of the working hydraulics and overload protection, a fully automatic parking brake, optional controlled crab steering and an all-new cab configuration.

“The SCORPION 741 is a compact, highly manoeuvrable ‘all-rounder’ that has an above-average lifting capacity of over 4 tonnes,” Mr Barratt said.

“At the other end of the scale, the SCORPION 1033 has been developed for those situations where an a particularly long reach is needed.

“It has a maximum lifting height of 9.75 m which allows bales to be easily stacked at greater heights and dozing work can be carried out in grain stores.”

The new series is currently undergoing field testing and should hit Australian shores early next year.

Europe’s Tractor of the Year winners

AGCO’s Valtra Versu T254 Smart Touch tractor has taken out both the Tractor of the Year 2018 and Best Design awards announced at this year’s Agritechnia machinery exhibition in Hanover, Germany.

The Tractor of the Year competition is an annual, international award judged by a group of independent journalists specialising in agricultural mechanisation who select the best tractors in the European market.

THE New Holland T6.175 Dynamic CommandTM tractor was crowned Machine of the Year 2018 in the Mid Class Tractor category at the Agritechnica trade show. 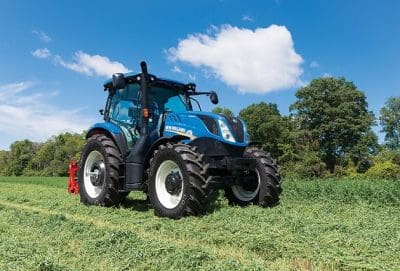 The machine received the award for its technical innovation and the benefits it brings to customers, with selection criteria focusing on innovative features, performance, productivity, cost of operation, ease of use and operator comfort.

Carlo Lambro, New Holland Agriculture brand president, Carlo Lambro, said the award was recognition of the hard work and dedication of all those involved in the development of the T6.175 Dynamic Command tractor.

In August 2017, New Holland announced it was expanding its acclaimed T6 Series offering with the new T6 Dynamic CommandTM option.

CLAAS unveiled prototypes of its AXION advanced technology tractors equipped with TERRA TRAC at this year’s Agritechnica in Germany. 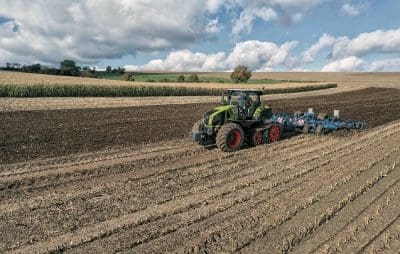 Making its debut at Agritechnica was the AXION 900 with TERRA TRAC, billed as the first half-track tractor with full suspension.

The independent suspension of the drive wheel, land wheel and support rollers allows the crawler track unit to adapt to the ground, ensuring optimum traction, efficiency and comfort.

Even during heavy tillage at low speed, the crawler track system transmits the drive power to the ground with minimal slippage.