NEW regulations governing the movement on public roads of heavy vehicles, such as tractors and harvesters, are likely to come into force across most of Australia in March next year. 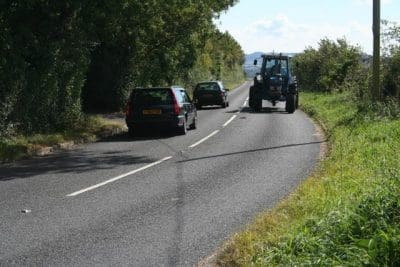 The updated regulations will apply to states that have signed the Heavy National Vehicle Law (Queensland, New South Wales, Victoria, South Australia and Tasmania), and will include an easier approvals and permits process for all owners and operators of agricultural equipment.

Tractor and Machinery Association (TMA) executive director, Gary Northover, said the new regulations would recognise the changes in equipment size and capabilities that had occurred across the industry and help operators moving agricultural equipment navigate the roads in a safer and easier manner.

“We would expect that this simplified approach will lead to a much greater awareness of and compliance with the appropriate road rules,” he said.

Mr Northover said there were currently 14 different state notices for the movement of agricultural machinery on state roads.

“If that’s not confusing enough, each of these notices has different specifications. To gain some clarity, the National Heavy Vehicle Regulator (NHVR) is setting up new regulations to harmonise these laws,” he said.

“Currently there is general confusion as to what permits and approvals apply, and they are no longer relevant to the range of product in use and they differ from state to state. The process can prove costly and time-consuming for operators who need to cross borders daily for their business, and it’s also leading to farmers taking unnecessary risks.”

Mr Northover said the TMA had been working extensively with VicRoads for over 12 months on the development of a set of guidelines for the transportation of oversized agricultural equipment on Victorian roads.

“As executive director, I have been personally overseeing our input which has been derived from a number of members, both large tractor suppliers, speciality product suppliers and transport providers making this a very comprehensive input,” he said.

Mr Northover said the VicRoads Guidelines had formed the basis of the national proposal and the TMA and VicRoads were now consulting with NHVR to finalise the regulations.

NSW Farmers is gathering data to support the call for less red tape when moving farm machinery along roads from one farm or paddock to another.

To participate in the survey: https://www.surveymonkey.com/r/agmachinerymovements