Iconic Quadtrac tractor returns to where it all began 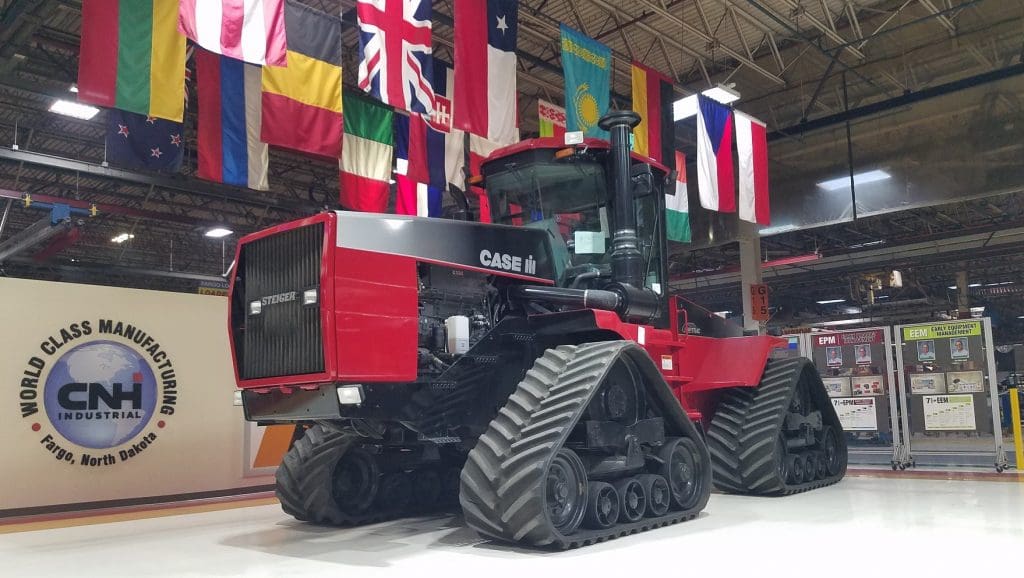 AFTER more than two decades plying its trade in Australian paddocks, a very special Case IH Steiger Quadtrac has returned to where it all began.

The Quadtrac 9370 has gone on display at Case IH’s factory at Fargo, North Dakota, in the United States, after a marathon ocean journey from Australia earlier this year, returning to the place it was manufactured back in 1996.

It’s thought to be one of the first Quadtracs to roll off the Fargo line, before being shipped to Australia and sold to a farmer in Victoria.

During its working life, the 270kW (360hp) tractor performed a variety of tasks, including planting operations that involved pulling an 18.3-metre Flexicoil ST 820 direct drill and a 9000-litre air cart.

Case IH Australia/New Zealand (ANZ) general manager, Pete McCann, said the tractor was a perfect illustration of why that model was still so popular after more than 20 years.

“The Steiger Quadtrac changed the face of Australian farming and greatly influenced the tractor ranges of nearly every other ag machinery manufacturer,” he said.

“The last owner of the 9370 described it as a reliable workhorse, with very few issues, that could be used across a variety of tasks with outstanding results. They were so satisfied with it, that they replaced it with a Steiger 450 Quadtrac.”

The Case IH ANZ team purchased the 9370 in 2016 with the aim of restoring it to celebrate the model’s 20th anniversary. The Steiger Quadtrac 9370 at its former home, before being overhauled and brought back to its former glory.

It took a total of 135 hours to bring it back to its former glory and the Quadtrac was one of the star attractions at the 2017 AgQuip field days at Gunnedah in north west New South Wales, where another significant anniversary was marked – the 175th anniversary of Case IH.

It spent many months travelling the Australian field day circuit, but the plan had always been to eventually send it back to where it was manufactured, closing the loop on a special part of the company’s long and proud history.

“This project is something everyone within the Case IH ANZ team is very proud of because it’s a really meaningful tribute to what’s become an iconic piece of machinery. To see it fully

restored, and on display at the Case IH museum at Fargo for visitors to enjoy, is really gratifying,” Mr McCann said.

Each track maintains constant contact with the ground, allowing for a great ride, optimal pressure, superior flotation and better traction.