JOHN Deere has begun a nationwide campaign to showcase its latest advance in sprayer design with a demonstration tour of the 616R self-propelled sprayer equipped with sophisticated Spray and See Select technology.

Making its Australian debut on a farm near Moree in north west New South Wales this week, the high-tech sprayer will be travelling throughout the eastern states in coming months and across to Western Australia towards the end of the year.

“The key ones are a brand new cab that offers comfort for the operator and is packed with technology – the integration of connectivity in the cab, Gen-4 display, documenting all the data,” he said.

“Another big change is the integrated receiver which is integrated into the cabin of the machine so you don’t need to put a universal receiver on it any more. It all comes from factory. It is all there when you get the machine. It makes the technology easy to use.

“With the integration of data, we are capturing the data, we are documenting it, it flows directly to the cloud. You can pull it up on your phone within 20 minutes of doing the application and see exactly where you have sprayed. The integration is a game changer.” It has a new boom track system which provides greater boom stability and target accuracy across the field.

Mr Kelly said the See and Spray Select technology was a camera-based system that looked for green weeds in brown fallow and spot sprayed them individually.

“It is a huge opportunity to reduce chemical use, not only from a cost saving perspective but also from an environmental perspective,” he said.

“The See and Spray technology is the first iteration on a journey for John Deere. We see the technology developing a lot further. But we wanted to bring this to market as soon as we had the technology and production level to offer to the market. Over time we want to build on that technology and foundation.”

VNET regional precision farming specialist, Jason Neeves, Moree, said one of the features of the 616R was the ExactApply system which used PWM (pulse width modulation) to maintain a continuous droplet size throughout changes in ground speed. 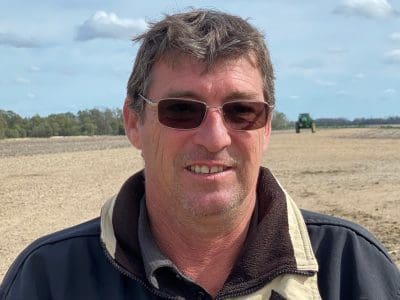 “In the past the faster you go the smaller the droplets become. With this you can go from 7 to 25 kilometres/hour speed range and maintain the same droplet pattern and spectrum. That has been a big game-changer,” he said.

“We can do broadcast spray with the out-front nozzles and spot spray from the nozzles at the back, or we can just spot spray. We’ve seen up to 80 per cent savings on chemicals.

“Everything is integrated and documented. All the data is in layers. It goes back to the farmer so they have a record of it. Some people no longer have run books in their cabs any more, they are relying purely on the data from the cloud.”

Mr Kelly said the 616R came with circulation systems which pre-primed the boom ready for application and, at the end of the spraying program, allowed for contained boom purging and cleaning.

“Something Australian customers have had a need for for a fair while is boom recirculation which gives the ability to clean the system out and take the chemical back to the tank rather than putting it onto the ground, so another saving for customers and an environmental plus as well,” he said.

“You can also pre-prime the boom so that as soon as the nozzles are flicked on they are at full pressure and can hit the spray pattern and droplet size immediately. There is a real step change in the technologies and features we are bringing to market.” The 616R maintains a continuous droplet size throughout changes in ground speed.

North west NSW dryland cropping and grazing farmer, Scott Carrigan, Gurley, has been working with John Deere for 18 months on the See and Spray technology. 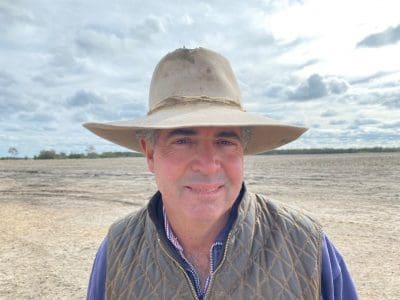 “It has been under development for quite a while and has progressed to a point where they have released it. It is a machine that is working very well for us,” he said.

“Covid hasn’t helped so far as some of the engineers who were out here initially working on it haven’t been able to get back, but the guys locally have been working on it. It is going well now.

“It is all about efficiencies. The chemical saving is the obvious one. We are using it pretty much for all our fallow spraying and the savings in chemical are there. There is the added benefit of not having to handle all that chemical and not having to pour chemical onto bare ground. The amount of chemical we are using has been reduced and that is fantastic.”

The 616R self-propelled sprayer is available to order now for delivery later this year and into 2022. The See and Spray system will be a limited release initially, then throughout 2022 ordering and production will be ramped up and become available late into 2022 and on into 2023.