JOHN Deere has taken steps to more than double its weekly in-flow of spare parts, in addition to taking collection of 110 tonnes of goods due to touchdown in Melbourne this week on a dedicated Qantas flight. 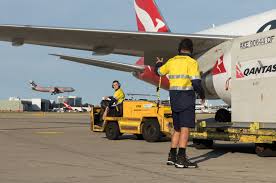 The move is in preparation for a bumper winter crop harvest the Australian Bureau of Agricultural and Resource Economics and Sciences (ABARES) has forecast to reach 46.8 million tonnes, 13 per cent above the 10-year average to 2020-21 in most cropping regions of the eastern states and South Australia.

If realised, this would deliver an exceptionally strong result for a second consecutive year despite being 15pc below the near record high achieved last season.

John Deere Australia/New Zealand Managing Director, Luke Chandler, said John Deere had secured an ongoing 10 tonnes of cargo capacity per week over recent months that would continue in the lead up to harvest, in addition to the 110 tonnes on the dedicated freighter.

“We know harvest is often the single biggest and most important event on the calendar for broadacre enterprises, and that it is not only critical to the bottom line of farm businesses but also to the consistent and secure flow of high-quality food to the world,” Mr Chandler said.

“This is why we have worked to prioritise securing this additional capacity to boost our in-flow of stock — to place us on the front foot in resourcing what is on course to, for a number of key growing areas, be another outstanding crop for our dedicated grain growers.”

Once unloaded in Melbourne, goods from the dedicated Qantas freighter will be dispatched to the Australia and New Zealand Distribution Centre (ANZDC), an integral part of John Deere’s worldwide distribution network providing more than 133,000 stocked lines to support over 340 current models of John Deere machinery in the field, as well as products from earlier John Deere generations.