A CONSIGNMENT of machinery that did not meet Australia’s strict biosecurity standards has been refused entry, despite legal proceedings to appeal the decision. 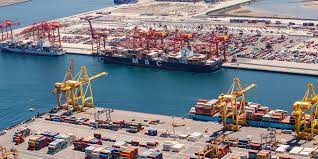 “This consignment arrived at our borders and had to meet strict biosecurity import conditions that help manage the significant risk of brown marmorated stink bug (BMSB).

“These biosecurity import conditions are designed to ensure that BMSB does not arrive in Australia and devastate our vegetable crops, ornamental trees and environment.

“The consignment did not meet the conditions, which require goods to be treated offshore, and so the department directed the used machinery to be immediately exported.”

Mr Tongue said the importer applied to the Federal Court to argue against the decision.

“The application to the Federal Court was dismissed by consent of the parties before the matter was heard, and the importer has exported the machinery out of Australia,” he said.

“Our biosecurity import conditions are straightforward and are strictly enforced. This shows that if you don’t meet the conditions, your goods will not be coming in.

“If you try to breach Australia’s biosecurity import conditions, we also have strict penalties that can include fines up to $444,000 or 10 years’ jail time or both.

“That maximum fine will increase to $1.1 million as soon as the Biosecurity Amendment (Strengthening Penalties) Bill 2021 becomes law.

“Importers have a role to play in meeting Australia’s biosecurity objectives and it is important that anyone bringing goods to our country understands our biosecurity import conditions and follows them.”